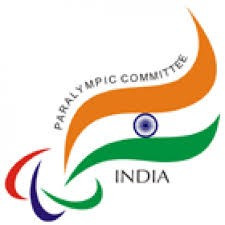 This comes despite the PCI expecting their membership to be resumed soon after they claimed they had made the required changes following the Presidential Election in October, where Rao Interjeet Singh, also India's Minister of State for Defence, was elected unopposed.

A member of the Indian shooting team from 1990 to 2003, who won a bronze medal at the Commonwealth Shooting Championship, Singh insisted that the manner in which his election was conducted fits with all the international demands.

The IPC sent a representative to oversee the election, where Singh was announced as the replacement for Rajesh Tomar, who was sacked in May following financial irregularities within the governing body.

The PCI were suspended back in April of last year for what the IPC called “gross mismanagement”, which included a range of internal disputes and conflicts between different groups and individuals.

It was the third time since its inception in 1991 that the PCI had been banned.

As well as financial problems, the body had experienced many other setbacks, including at the National Para-Athletics Championships in Ghaziabad, where athletes were reportedly accommodated in uncompleted buildings and without access to drinking water and toilets.

“An independent observer attended the election and they have not yet done enough for us not to suspend them.”

The organisation remain hopeful that the ban will be lifted before this year’s Paralympic Games, which take place from September 7 to 18.

If the suspension remains intact, Indian athletes due to compete at the event would have to do so under the flag of the IPC rather than their own country.

India sent 10 athletes in four sports at the London 2012 Paralympic Games, with Girisha Nagarajegowda earning their solitary medal as he won silver in the men’s F42 high jump competition.

They have a total of eight medals to their name in the history of their participation at the Paralympics.