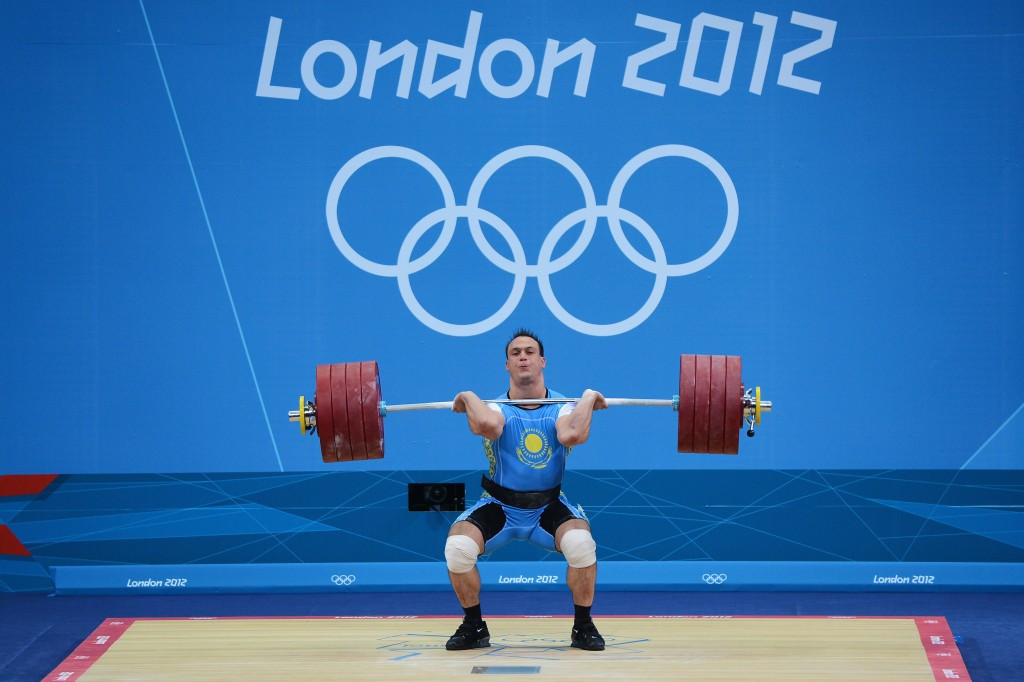 The National Olympic Committee of the Republic of Kazakhstan have confirmed that five athletes from the Central Asian nation are among those to have failed re-tests.

No names have been given, but it has been reported that two-time Olympic under 94 kilograms champion Ilya Ilyin and women's under 53 kilograms London gold medal winner Zulfiya Chinshanlo are among the group.

Ilyin, the world and Olympic record holder in both the clean and jerk and overall categories, is a four-time world weightlifter of the year who also claimed global titles in 2005, 2006, 2011 and 2014.

He is also a two-time Asian Games champion who is considered one of the greatest Kazakh sportspeople of all-time.

The failure has been reported by Italian website Il Tempio dello Sport and Polish website Polska Sztanga and has also been referred to extensively in the Kazakh press.

Chinshanlo, the women's under 53kg champion in London, has also won three world titles in 2009, 2011 and 2014 and was reported as having failed by the China Post.

The International Weightlifting Federation (IWF) neither confirmed nor denied the reports when contacted by insidethegames.

If both ultimately are stripped of gold, Russia's Aleksandr Ivanov and Taiwan's Hsu Shu-ching could stand to be promoted to the top position.

IWF President Tamas Ajan indicated during a visit to Iran last month that four London 2012 and one Beijing 2008 gold medal winners were implicated.

Kazakhstan also claimed two other London 2012 titles: for Maiya Maneza in the women's under 63kg category and for under 75kg lifter Svetlana Podobedova.

There have been no reports of either having been linked to failures, however.

Eight Russian have also failed after London 2012 retests, with three names have been reported.

Russian cyclist Etakerina Gnidenko has been confirmed as having failed by the International Cycling Union (UCI).

Turkey's Adem Kılıççı has also been provisionally suspended by the International Boxing Association (AIBA) after a retrospective failure.