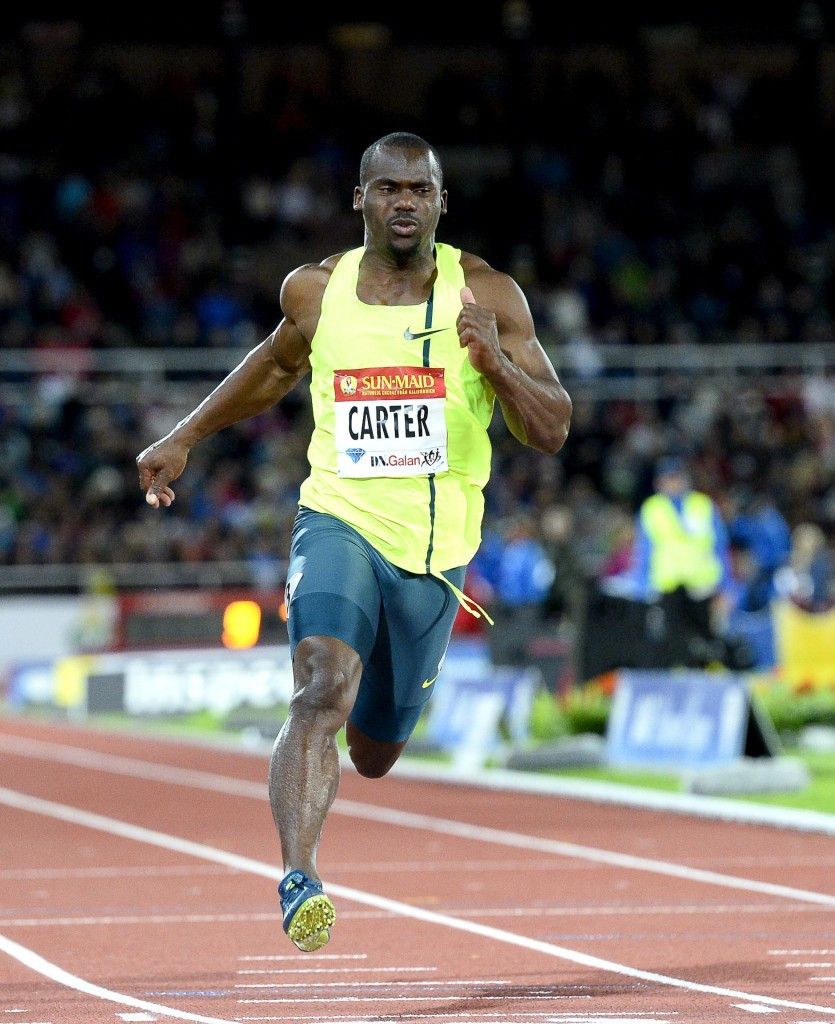 Usain Bolt could stand to lose his 4×100 metres relay Olympic gold medal from Beijing 2008 after his team-mate Nesta Carter was identified as the high-profile Jamaican athlete to have tested positive following a re-analysis of their sample from the Games.

The stimulant methylhexanamine was found in Carter’s sample from the Games, the Jamaica Gleaner reported.

The 30-year-old is one of 32 positive tests from Beijing 2008 following re-analysis of old samples using new technology.

Following those Olympics, Carter also earned a gold medal in the 4×100m relay, alongside Bolt, at  London 2012.

He was also a member of the 4x100m team which won gold medals at the 2011, 2013 and 2015 International Association of Athletics Federations (IAAF) World Championships in Daegu, Moscow and Beijing respectively.

Carter also a won a bronze medal in the men's 100m at the 2013 World Championships.

IAAF anti-doping rules appear to suggest that any athlete retrospectively caught doping will be stripped of all subsequent results up to the present day, although there may be room for flexibility.

The positive test could see Carter’s team-mates also lose their gold medals from the relays.

Bolt was a member of all five of the gold medal winning teams, while Michael Frater and Asafa Powell also won medals at Beijing 2008.

Frater and Yohan Blake did so at London 2012 alongside Carter and Bolt.

If Jamaica are stripped of their gold medals from Beijing 2008, Caribbean neighbours Trinidad and Tobago would be promoted to the gold medal, Japan to the silver and Brazil to the bronze.

"Methylhexaneamine is a stimulant developed in the 1940s and according to the Prohibited List, all stimulants are prohibited in competition (Section S6)" a WADA spokesman told insidethegames.

"It was always a prohibited substance, under a catch all category, but was added by name from 2010 onwards."

As well as being stripped of their medals, Carter could also face a backdated ban of two-years, the maximum sanction for the offence at the time of the WADA rules.

Sheri-Ann Brooks was cleared after she was not notified that her B-sample had been tested.

Methylhexanamine was the same substance that 400m runner Dominique Blake failed for during the Jamaican Olympic trials for London 2012.

Botswana's 2011 world 400m champion Amantle Montsho and Nigerian sprinter Oludamola Osayomi are among athletes to have tested positive for it.

Originally developed in 1944 as a nasal decongestant pharmaceutical drug, the substance was withdrawn from sale in 1983, only to be reintroduced 20 years later and distributed under a variety of different names as an energy-boosting dietary supplement.

A total of 14 Russians in athletics, weightlifting and rowing and one Spanish athlete have already been named as testing positive after the re-analysis of samples from Beijing 2008.

Twelve countries and six sports are implicated, the IOC said.

insidethegames has contacted the Jamaican Olympic Association for a reaction.