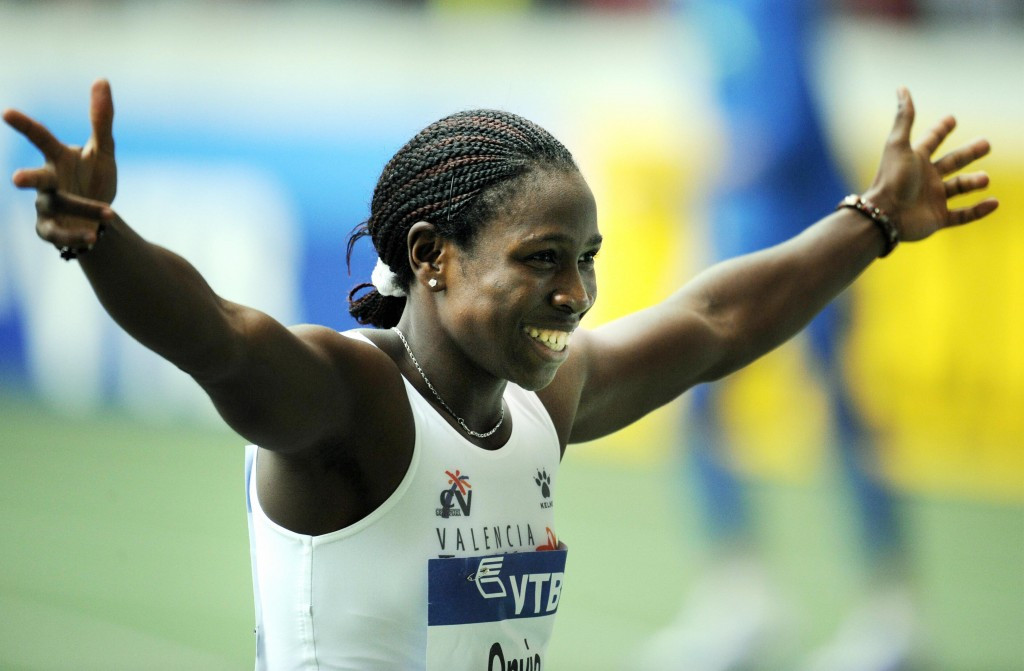 Spanish hurdler Josephine Onyia is reportedly the 15th named athlete to have tested positive after re-analysis of Beijing 2008 doping samples as she becomes implicated in the fifth drugs scandal of her career.

It has since been reported by Marca that the unnamed athlete is 100 metres hurdler Onyia, who is already serving a lifetime doping ban.

The Lagos-born athlete, who switched nationality from Nigeria in 2007, finished fifth in her semi-final in Beijing before winning the season-ending World Athletics Finals in Stuttgart.

But she subsequently tested positive for methylhexaneamine at the 2008 Athletissima meeting and then for clenbuterol in Stuttgart.

The Royal Spanish Athletics Federation decided not to sanction the athlete as she had tested negative twice around the time of the positive clenbuterol test, only for the International Association of Athletics Federations (IAAF) to successfully appeal to the Court of Arbitration for Sport (CAS).

She received one combined two-year ban for both offences before returning to competition in 2011.

The 29-year-old received a further doping suspension of two years after a failed test for fordimethylpentylamine in July 2011 before failing for anabolic steroids at last year's Spanish Athletics Championships, after which she was awarded a lifetime ban.

"The review of a significant number of samples of the Olympic Games in Beijing and London is a wise decision of President Thomas Bach in purpose that cheaters do not rest in peace."

This follows reports yesterday that Russia stands to lose nine medals after 14 athletes implicated in the retests were named.

In total, 12 of the 15 implicated come from athletics, along with two weightlifters and one rower.

Yekaterina Volkova, the 2007 world champion who won bronze in the 3000m steeplechase behind world record breaking team-mate Gulnara Galkina-Samitova, is also named, as is Denis Alexeev, a member of the bronze medal winning 4x400m quartet.

The list is completed by two weightlifters in under 58 kilogram silver medallist Marina Shainova and under 75kg third placed finisher Nadezhda Evstyukhina.

It is not yet clear which other countries are implicated in the Beijing failures.

Several NOCs, including Britain, Australia, United States, France and South Africa, have already said they have not been contacted by the IOC.

Chicherova, the highest profile athlete implicated so far, claims to be in "complete shock" at the reports.

"I can't explain how it could have happened," she said.

"I was always sure what supplements and medicines I was using."

International athletes are increasingly unsympathetic, however, with Britain's London 2012 long jump champion Greg Rutherford calling for all those deprived of medals at Beijing 2008 due to be invited to Rio 2016 for a special ceremony.