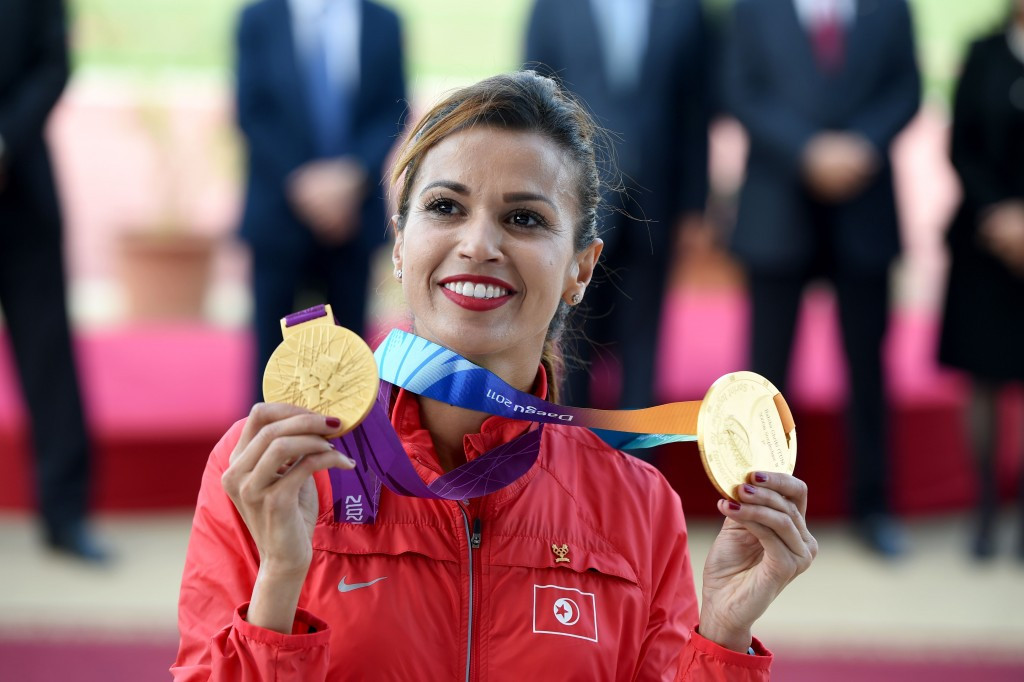 Ghribi won the silver at the London 2012 Olympic Games and the 2011 World Athletics Championships in Daegu, finishing behind Zaripova on each occasion.

Zaripova was sanctioned in January 2015 due to anomalies in her athlete biological passport.

The presentation of the gold medals to Ghribi took place in Rades, near Tunisia’s capital Tunis, during the Under-23 Mediterranean Games with International Olympic Committee vice-president Nawal el Moutawakel in attendance.

"I'm acquiring two medals that are very prestigious for me and for Tunisia," said the 32-year-old.

El Moutawakel, winner of the Olympic gold medals in the 400 metres hurdles at Los Angeles 1984, said: "It's very important to present this Olympic medal, that is so well deserved, to Habiba, here in her country."

The presentation comes less than three months after the Court of Arbitration for Sport (CAS) ruled in favour of the appeal by the International Association of Athletics Federations (IAAF) against what it considered to be lenient sanctions handed out by the Russian Anti-Doping Agency (RUSADA).

The IAAF accused RUSADA of being selective in the disqualification of Zaripova’s results, annulling her Olympic gold medal but not her 2011 World Championships gold.

Athletics' world governing body also considered them to have been treated too leniently by RUSADA.

"Goals in triathlon are the same as in athletics - Olympic Games," she said.

insidethegames has contacted the International Triathlon Union for a comment on whether she would be eligible to compete.