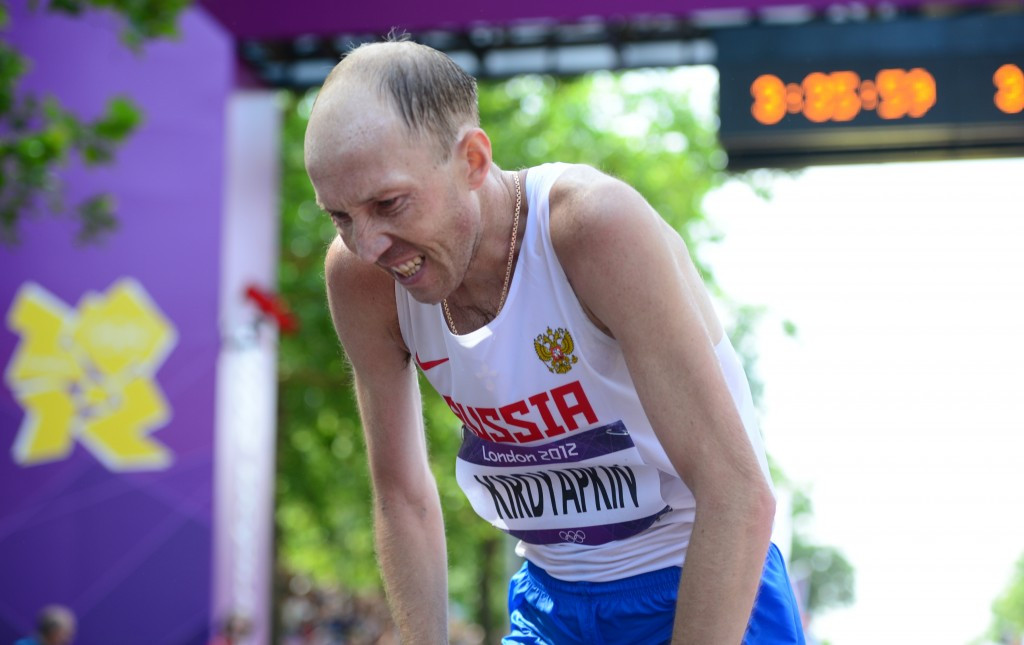 A final decision on doping suspensions handed to six top Russian athletes will be made by the Court of Arbitration for Sport (CAS) by March 24.

All six received varying bans but the International Association of Athletics Federations (IAAF) appealed the sanctions handed out by the Russian Anti-Doping Agency (RUSADA) to CAS, describing them as "selective".

Five race-walkers are included in the group, as well as four Olympic champions.

The CAS had initially stated that the case would be resolved in a "few days" on February 26, with no explanation yet given for the delay.

Among the athletes involved are London 2012 Olympic champions Sergey Kirdyapkin and Yulia Zaripova.

Kirdyapkin, winner of the gold medal in the 50 kilometres walk, was banned for three years and two months in January 2015 with his sanction back-dated to October 2012.

That allowed him to keep hold of his Olympic title.

Zaripova, the London 2012 3,000 metres steeplechase champion, was banned by RUSADA for two years in January 2015 with the suggestion that she lose her gold medal.

They said, however, that she should keep her 2011 World Championship title.

Olga Kaniskina, the 20km race walking champion from Beijing 2008 and silver medallist at London 2012, and Sergei Bakulin, the 2011 world 50km champion, were each banned for three years and two months.

Valery Borchin, the Olympic 2008 20km gold medallist, was banned for eight years and Vladimir Kanaykin, who set a former world record for the 20km walk of 1 hour 17min 16sec in 2007, received a life suspension for repeat offences.

Hearings involving all six athletes took place in December with CAS now set to rule on each case separately.

Depending on the verdicts, the athletes involved could receive stronger punishments which could, in theory, lead to the forfeiture of medals and titles.

Australian Jared Tallent, who finished second to Kirdyapkin in London, is sure to be one of the interested parties.

He revealed in January that he is still hopeful of receiving the gold medal from the 2012 Olympics.

The verdicts will be the latest chapter in a doping crisis which is rocking Russian sport.

Race walking is a discipline which has been particularly implicated, with large numbers of the country's squad failing drug tests.

The country is currently serving an IAAF ban due to allegations of widespread state-supported drug use made by the World Anti-Doping Agency (WADA) Independent Commission.

When announcing their decision to appeal to CAS in March of last year, the IAAF said: "The IAAF confirms having filed an appeal with the Court of Arbitration in Lausanne, Switzerland against the decisions rendered by RUSADA in the cases of Valeriy Borchin, Olga Kaniskina, Sergey Bakulin, Sergey Kirdyapkin, Vladimir Kanaykin and Yuliya Zaripova.

"All six cases arose from the IAAF Athlete Biological Passport programme launched in 2009 and had been referred to the Russian authorities for adjudication in accordance with IAAF rules.

"While the IAAF agrees with RUSADA that there is, in each case, sufficient evidence of an anti-doping rule violation and that there are aggravating circumstances justifying an increased sanction of more than two years, the IAAF disagrees with the selective disqualification of results applied by RUSADA as a consequence of the previous rulings."