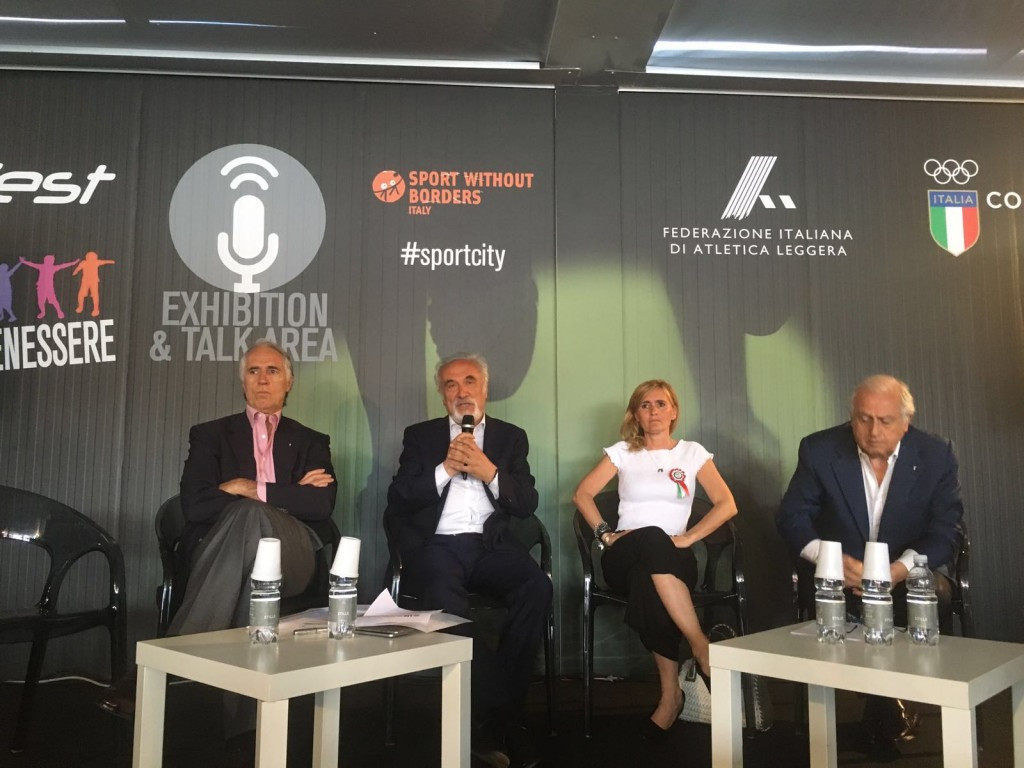 Rome 2024 has announced it will stage a 10 kilometre running race on September 10, coinciding with the 56th anniversary of Ethiopian Abebe Bikila’s famous men’s marathon success at the 1960 Olympic Games in Italy's capital while running barefoot.

"RUN WITH ROMA 2024" is set to involve the 12 cities that form part of Rome's bid to host the Olympic Games.

The race will have a single ranking comparing results from each of the cities through a set coefficient.

Each race will feature 10 categories, based on the ages of the participants.

Speaking at a RunFest press conference, where "RUN WITH ROMA 2024" was presented, Roma 2024 general coordinator Diana Bianchedi said: "On the anniversary of the amazing and historic feat by Abebe Bikila, we're asking all of the cities included in the Roma 2024 Olympic Candidature File to step out onto the streets and run.

"It will be a 10km race, an event that will involve all of Italy.

"This is not only our city's candidature, it's the whole nation's.

"We chose 10 cities to host the football tournament.

"Bari, Bologna, Genoa, Florence, Milan, Naples, Palermo, Turin, Verona, and Udine will host the Olympic football tournament, and all of these Italian cities will host the "RUN WITH ROMA 2024" on September 10.

"We want to unite all the passionate people who will, thanks to Roma 2024, be able to see the Games in their own city, to fully experience the atmosphere of the Games.

"We don't need many words, or many catchphrases; we support the Rome 2024 Olympic Bid by running, by being proactive."

As well as the football hosts, Rome has also proposed Cagliari as its sailing venue.

The "RUN WITH ROMA 2024" initiative, planned by the Bid Committee, is described as a legacy that goes beyond the outcome of the Olympic bid, serving as an important heritage for sport in years to come.

"This is a great union between Rome 2024 and the Athletics Federation, and we're very happy about it," said Malagò.

"This Federation has rapidly made up for lost time.

"Any of the 28 Federations could have picked up the initiative, but it was athletics, the symbol of sport, who ran with it.

"And they did so by latching onto Abebe Bikila's great feat.

"They've always been there as a Federation - we need to give them credit for that.

"Athletics is always ready to help.

"Pairing the Roma 2024 Bid Committee and FIDAL is the best way to make significant headway."

"Athletics couldn't help but be on the front lines of a dream that is shared by every director, by the whole nation, as we aim to organise the Olympic Games.

"The September 10 event is a strong push in that direction, and we will give our full support because we believe it's a great idea that deserves all the support we can provide.

"I expect it will be an amazing event, and we will already start preparing the 2017 edition to aim for significant numbers, hundreds of thousands of people.

"It would be a strong message, a message we could send as a nation to say we want to host the Games."