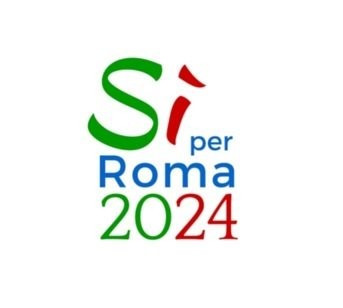 The Italian political party founded by former Prime Minister Mario Monti - who abandoned Rome's bid for the 2020 Olympics - has unveiled a new logo and hashtag to support the efforts for 2024.

Scelta Civica revealed the "Yes Rome 2024" emblem today alongside the hashtag #SiRoma2024, in what organisers will claim as a notable victory.

Monti was Prime Minister in 2012 when he pulled the capital out of the 2020 race, after ruling it would be too perilous given Italy's financial situation at the time.

This is not presently the view of Scelta Civica, however, which has provided an alternative argument to those who think Italy's economy is still too fragile to bid for 2024.

Enrico Zanetti, the national secretary of the party and the deputy minister of the Ministry of Economic Affairs and Finance, was on hand to launch the logo and hashtag.

Scelta Civica are currently supporters of the ruling Italian cabinet run by Prime Minister Matteo Renzi - himself an avid backer of the 2024 bid.

"The Olympic bid is one of the fundamental issues for us, a driving force for country’s economy," said Zanetti.

"In 2012 it would have been devastating to ask so many sacrifices to the citizens, but today the country is rebounding.

"It would be equally devastating to give up this opportunity but everything must be obviously managed wisely."

The news will be seen a much-needed political boost for Rome organisers given the uncertainty surrounding the city's Mayoral election.

Virginia Raggi, the Five Star Movement candidate who is favourite in the opinion polls, is a critic of the bid and has said pressing ahead would be akin to "mortgaging the future of residents".

A meeting between both sides was held yesterday with Raggi - who has listed "garbage, transport, schools, social services and public space" as being more important than the Olympics - reaffirming her opposition.

If elected on June 5, it is difficult to see how Rome's bid could continue without the support of the city's most high-profile elected official.

All other Mayoral candidates - Giorgia Meloni, Alfio Marchini, Stefano Fassina and Roberto Giachetti, who represents the Renzi coalition - are pro-Rome 2024.

"We have discussed about the strategic importance of the capital’s Olympic project, an incredible opportunity for development not only of sport and the world of sports associations but also as a great opportunity to modernise our city, from the transport infrastructure system and the services in general," he said.

“We agreed on the importance of involving all the institutional authorities of the city, which, unfortunately, given the sudden end of the legislature in the past, could not be involved as much as CONI would have wanted."

The city is bidding against Budapest, Los Angeles and Paris as it seeks to host the Olympics for the first time since 1960.

The 2020 Games were eventually awarded to Tokyo.