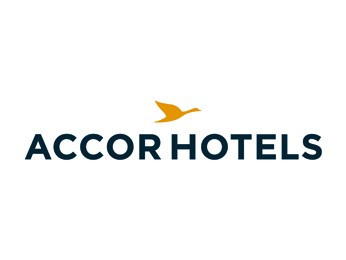 Global hospitality group AccorHotels have been announced as the 11th sponsor of Paris’ bid for the 2024 Olympic and Paralympic Games.

The Bid Committee say adding the company, whose headquarters are in the French capital, has brought the total revenue from their sponsorship programme to €22 million (£16.7 million/$24.6 million).

They claim the final set of partners will be revealed in the coming weeks, which will see them reach their target of €30 million (£22.8 million/$33.5 million).

Paris’ attempt to bring the Olympics and Paralympics is set to cost around €60 million (£45.6 million/$67.1 million).

As an Official Partner, the sponsors will look to support the bid by activating programmes which will help to increase public and corporate engagement.

Paris 2024 hope the company will help welcome visitors to the city should they win the bid and will “leverage its global knowledge and expertise in the hospitality industry” to support their efforts.

“We are delighted to welcome AccorHotels as official bid partners and I’d like to thank them for their dedicated support,” Paris 2024 co-chairman Bernard Lapasset said.

“Paris is a global leader in tourism and it’s great to have the backing of such a prestigious company from the international hospitality industry that is active in 92 countries.

“AccorHotel’s expertise and experience in working in synergy with international sports events like Roland Garros and the Tour de France is also a huge asset for our bid.”

AccorHotels, which employs roughly 180,000 people across the world and franchises hotels across five continents, follow Communications giant Orange, insurance firm MAIF and the Vivendi media corporation in partnering with Paris 2024.

Roughly 30,000 of their workforce is based in the French capital and one of the city’s main sporting venues, the AccorHotels Arena, carries the company’s name.

It opened in 2015 and will host judo and basketball finals at the Olympics, as well as Paralympic wheelchair basketball, if Paris 2024 is successful in its bid for the event in eight years’ time.

“As a major player in French tourism, we are proud to lend our support to the Paris 2024 Olympic and Paralympic Games bid,” AccorHotels chief executive Sébastien Bazin.

“The bid is a unifying project that carries principles that mirror our own values of diversity, boldness and passion.

“Paris 2024 is a wonderful opportunity project the dynamic radiance of France on an international stage.”

Paris is one of four bidders for the 2024 Olympics and Paralympics, alongside Budapest, Los Angeles and Rome.

The International Olympic Committee is due to choose a host city at its Session in Lima in 2017.