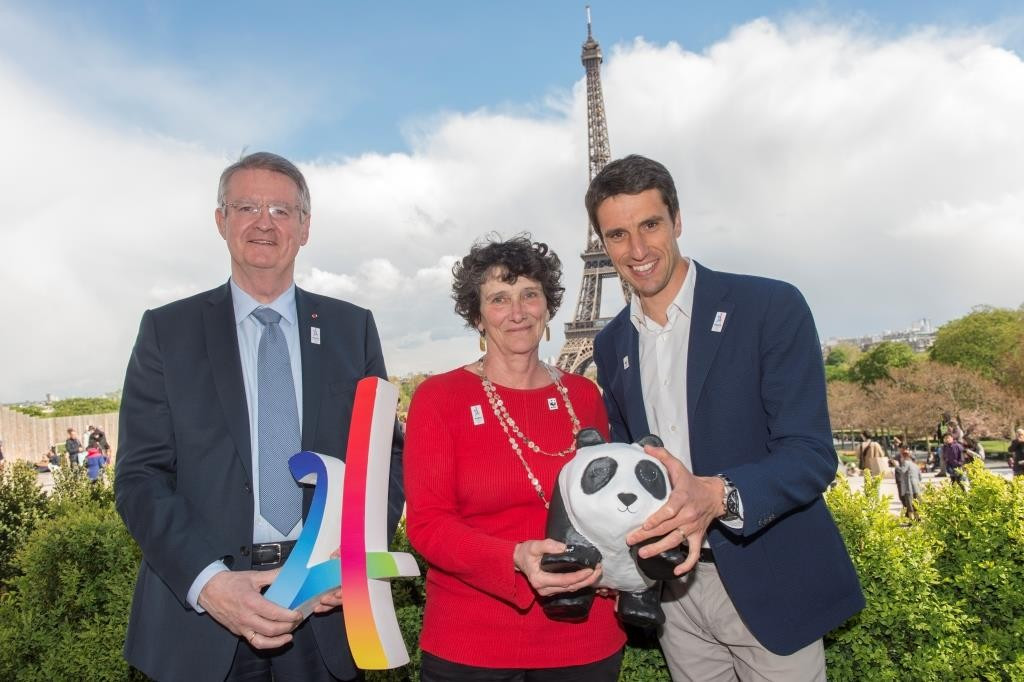 Paris 2024 has signed a deal with the World Wildlife Fund (WWF) as part of the French capital's "environmental" bid for the Olympic and Paralympic Games.

Organisers are keen to present a bid which implements "best practice in sustainability" with the ultimate aim of delivering Games in 2024 that "change behaviour and encourage a responsible approach to environmental issues".

They hope that their green aims will impress the International Olympic Committee (IOC) as they are in line with IOC President Thomas Bach's Agenda 2020 vision.

One major environmentally-friendly element of the bid is the proposal for the Athletes’ Village and Media Village, which would be converted into a new "Eco-City" with 3,500 homes for local people.

This will lead to a "diverse, pleasant and multi-functional urban centre in the heart of Paris" and a "innovative and environmentally-sensitive area", organisers claim.

Autissier, an acclaimed environmental scientist and sailor who was the first woman to complete an in-competition solo world navigation, will now chair a new Paris 2024 Committee for Environmental Excellence.

This will "further integrate green initiatives and sustainable innovations into the bid project".

"Sustainable development has been at the heart of our campaign since the very beginning," said Estanguet, the triple Olympic canoeing gold medallist who is also a member of the IOC's Sustainability and Legacy Commission.

"This is not just a box ticking exercise; it is the very DNA of the bid we are building with our athletes and partners.

"The agreement with WWF France will allow us to deliver a project integrating new infrastructure with temporary and existing venues with a sharp focus on renewable energy, sustainable mobility, food and waste management and preservation of biodiversity.

“We aim to deliver a Games that has a positive impact upon the lives of French people.

"For example, the River Seine will be a key feature of our Games Plan and it will undergo a major clean-up programme helping to further connect people with the local environment through sport, making it a swimming destination that the public can use for many years beyond the Games.

"Paris 2024 is the catalyst for this process.

“We are also delighted that the Paris 2024 Environmental Excellence Committee will be chaired by Isabelle Autissier.

"Isabelle is exceptionally well qualified for this role and I know she will do a fantastic job. We’re looking forward to announcing further details about the Committee in the coming weeks."

In March, Estanguet spoke about sustainable development in sport alongside French President François Hollande at the National Institute of Sport and Physical Education in Paris.

"Based on the experience of WWF UK at London 2012, we know that the Games are a unique opportunity to accelerate change in favour of lifestyles involving better living and sustainability," said Autissier.

"That's why I agreed, as President of WWF France, to chairing the Paris 2024 Committee for Environmental Excellence.

"Our mission is to ensure that the environmental ambition of the Paris 2024 bid is translated into concrete actions and innovative solutions for the benefit of all.

"This is an essential criterion for support.

“WWF France will also bring all of its experience to make the 2024 Games a sustainable model and a blueprint for future major sporting events.”

Budapest, Los Angeles and Rome are also bidding for the 2024 Games.

The IOC will elect a host in Lima next year.