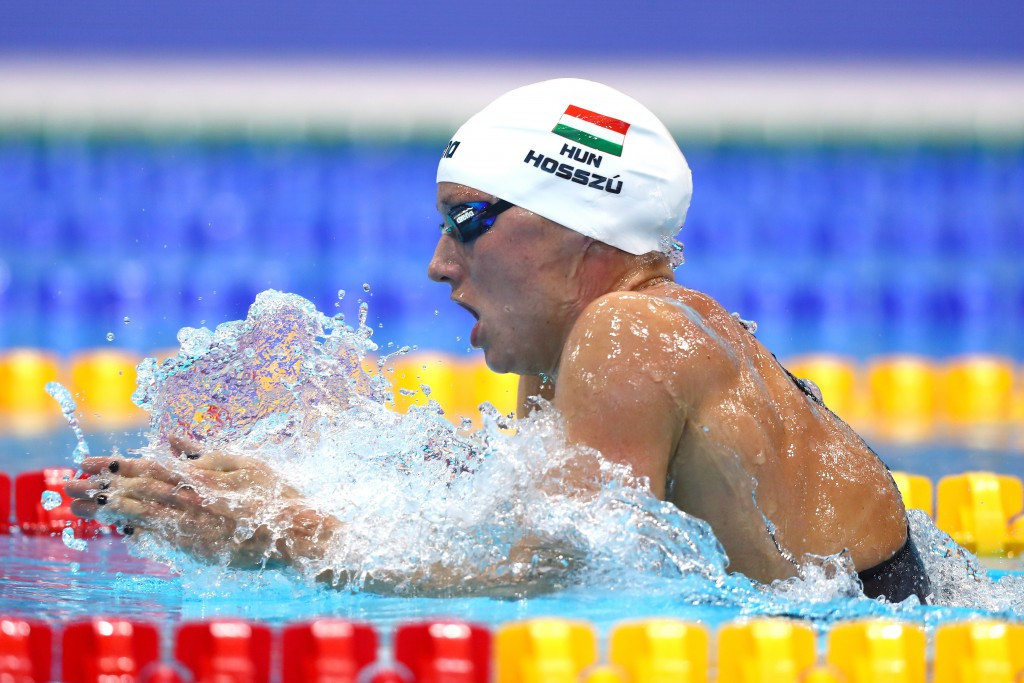 It came on an evening in which Italy's Gabriele Detti claimed a breakthrough victory in the men's 400m freestlyle as Dutch women and French men claimed 4x100m freestyle relay spoils.

But it was reigning world champion Hosszu, one of Europe's most dominant stars, who was most impressive at the European Swimming Federation-organised event.

The 27-year-old, who came a disappointing fourth at London 2012 and is yet to win an Olympic medal in any event, opened up a huge lead in the opening butterfly leg before extending her advantage in the backstroke.

Britain's Hannah Miley began to fight back in the breaststroke by opening clear daylight in second, but was forced to finish as runner-up in 4:35.27 as Hosszu cruised to victory in 4:30.97.

Zsuzsanna Jakabos won another Anglo-Hungarian dual to claim third place in 4:38.39, while Britain’s Aimee Willmott settled for fourth in 4:40.08.

It was a bittersweet opening day for the host nation as world champion James Guy could only manage a pedestrian 3:52.91 to finish 27th in the 400m freestyle - although he was swimming unshaven and unrested in trunks.

Detti duly capitalised in the final, breaking clear in the third quarter of the race to win in a Championship Record time of 3:44.01.

“It was a must for me to get gold after the diving and the synchronised swimmers got medals," he said.

"I started slow as usual but I looked around and I knew I had the energy."

Silver went to Henrik Christiansen, of Norway, on 3:46.49, with Peter Bernek adding another Hungarian medal with bronze, in 3:46.81.

Serbia's defending champion Velimir Stjepanov could only place sixth in 3:47.48.

There should be more British success to come tomorrow, however, as world champion Adam Peaty clocked a sizzling 58.74 to lead the qualifiers in the 100m breaststroke while Fran Halsall led the 50m butterfly standings in 25.35.

Italy placed a distant second in 3:37.68 thanks to a blistering last leg from Federico Pellegrini as Sweden hung on for bronze ahead of France in 3:37.84.

France won a thrilling men's final in the final race of the day as William Meynard, Florent Manaudou, Fabient Gilot and Clement Mignon combined to set a time of 3:13.48.

Italy battled hard but had to settle for silver in 3:14.29, with Belgium taking bronze just one hundredth of a second behind.