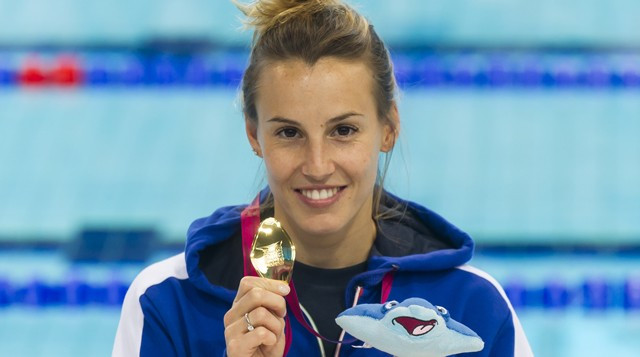 Cagnotto, who also retained her 1m crown and won mixed 3m synchro silver on Wednesday (May 11), notched her second gold medal of the Championships with a score of 360.60 points.

"My goal was to score 350 and I got more points," she told insidethegames.

"I’m really happy about the competition, about the score and it’s very important to me to dive that well so close to the [Olympic] Games."

The Italian’s total gave her a winning margin of 30 points over runner-up Uschi Freitag of The Netherlands, who became just the third Dutch diver to win a European medal and the first since 1995.

"I’ve been non-stop working for months behind the scenes and I’ve had great balance in my life and my diving’s really taken off in the past couple of weeks," said Reid, who won mixed 3m synchro gold alongside fellow Briton Tom Daley earlier in the Championships.

"I put five dives together and I’ve walked away with the bronze medal."

In the mixed 10m synchro final, Ukraine’s Iuliia Prokopchuk and Maksym Dolgov triumphed with a total of 323.70 points as Britain’s Georgia Ward and Matty Lee combined for silver with 318.24 and Russia’s Yulia Timoshinina and Nikita Shleikher took third with 307.68.

Victory earned women’s 10m platform champion Prokopchuk her second gold in as many days, while Dolgov was also claiming a second medal to go with his bronze in the men’s 10m synchro.

The pair started the hosts' medal rush on the opening night of the Championships with their team event bronze.