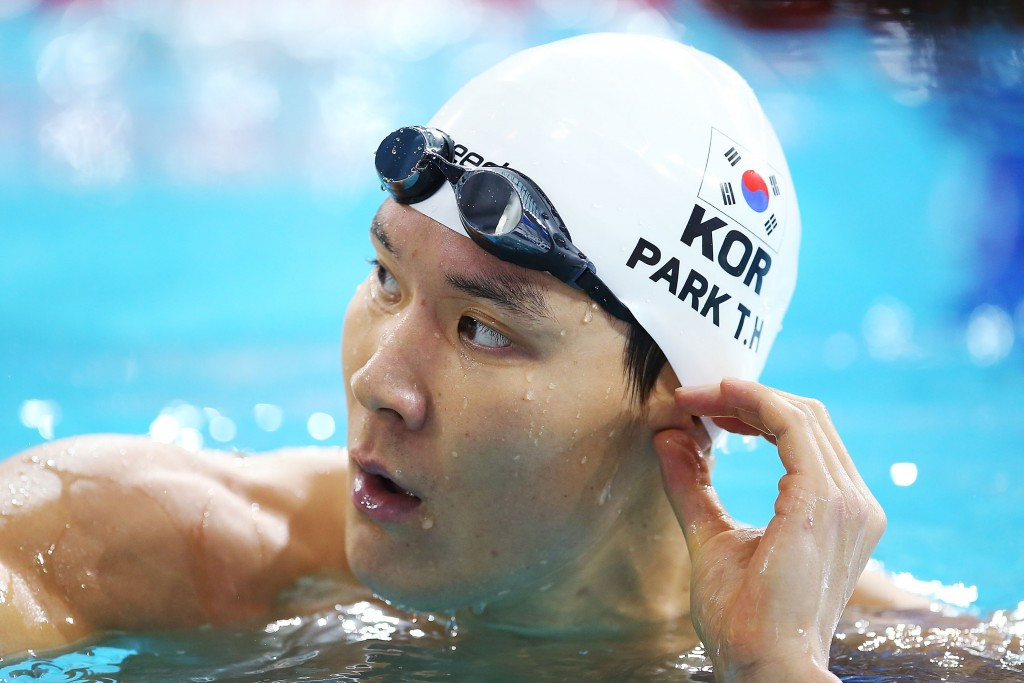 Park Tae-hwan's campaign to be allowed to compete at this year's Olympic Games in Rio de Janeiro after completing an 18-month doping suspension has received the backing of the head of the organisation that is banning him.

Kim Jung-haeng, President of the Korean Sport Olympic Committee (KSOC), revealed today that he thinks the Olympic gold medallist should be permitted to take part at Rio 2016.

"To give you my personal opinion, I think it'd be great if Park Tae-hwan could go to the Olympics," said Kim Jung-haeng.

Park, winner of the Olympic gold medal in the 400 metres freeestyle at Beijing 2008, is currently barred from representing South Korea due to a KSOC rule that forbids athletes from competing for any national team for three-years after a doping suspension.

Park was banned in 2014 after testing positive for the anabolic steroid testosterone.

He is planning to take his case to the Court of Arbitration for Sport in Lausanne, claiming it is unfair he is punished for the same offence twice.

"Clearly, doping is one of the evils in sports that should be eradicated, but more than 70 per cent of the people want to see Park Tae-hwan at the Olympics, [according to a recent poll]," Kim, a former judoka who won a silver medal at the 1967 Summer Universiade in Tokyo, said.

"When I was an athlete, I was always so excited to compete at the Olympics and other international events that I couldn't sleep at night."

Park is due to hold another meeting with the KSOC in Seoul on May 25 to try to persuade them to change their mind.

Kim, though, warned that for the rule to be lifted it would require the approval of the full KSOC.