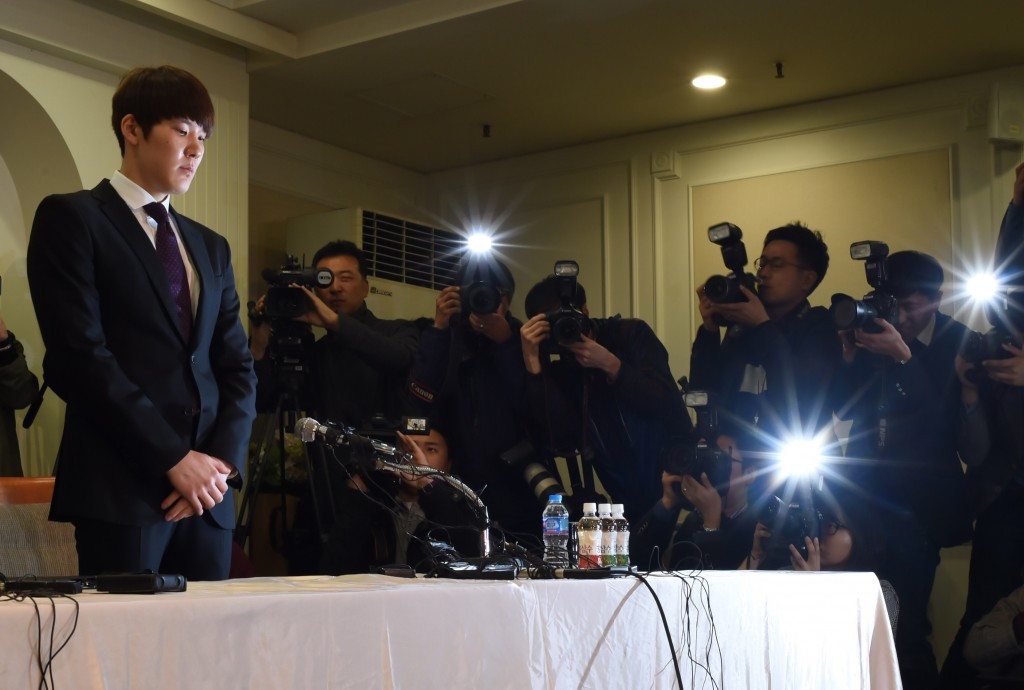 South Korean swimmer Park Tae-hwan has pleaded for a chance to appear at Rio 2016 after his failed drugs test.

Park, who tested positive for testosterone before the 2014 Asian Games, wants the the Korean Sport and Olympic Committee (KSOC) to waive a rule preventing him from going to the Olympics.

The 26-year-old, the winner of the men’s 400 metres freestyle gold at Beijing 2008, received an 18-month ban after for his failure before the Asian Games in Incheon.

His suspension ended on March 2, due to the ban being backdated to the date on which he provided the positive sample on September 3, 2014.

However, the KSOC rule, introduced in 2014, states that any athlete who tests positive for banned drugs is not allowed to represent the national team for three years, starting on the day the suspension ends.

The swimmer opted to compete in the South Korean national team trials despite the regulation being in place, and claimed victories in the men’s 100m, 200m, 400m and 1,500m freestyle events, before asking for the ruling to be waived.

"As a swimmer, I feel it is most important to speak through records and results in the pool,” said Park, according to the news agency Reuters.

"I hope that I am given a chance so that I can deliver a good performance for the people and contribute to the nation."

The KSOC ruling caused controversy when introduced, with calls being made to amend the regulation.

It followed a Court of Arbitration for Sport decision in 2011 which ruled that the now-defunct Osaka Rule - which banned athletes convicted of serious doping offences from competing in the next Olympic Games - was "a violation of the International Olympic Committee's (IOC) own Statute and is therefore invalid and unenforceable”.

The Osaka Rule was originally implemented by the IOC in 2008.

Park’s doping test, which saw him miss last year’s World Championships in Kazan and caused him to be stripped of his silver and five bronze medals from the Asian Games, has also been the subject of debate.

The South Korean, who remains the only swimmer from the nation to have ever won an Olympic medal of any colour, has always denied wrongdoing.

The doctor who administered the substance, identified only by her surname Kim, was found guilty of breaching South Korea’s medical code after failing to log injections of banned anabolic steroid Nebido on Park’s records.

She was fined for injecting the steroid into her patient.

However, she has been cleared of the more serious charge of causing Park bodily harm and was declared free to continue to practice in December.

Kim alleges that Park knew he was receiving testosterone and vitamin injections when he visited her hospital in December 2013 and July 2014.

This is despite earlier denials from the four-time Olympic medallist’s management team.