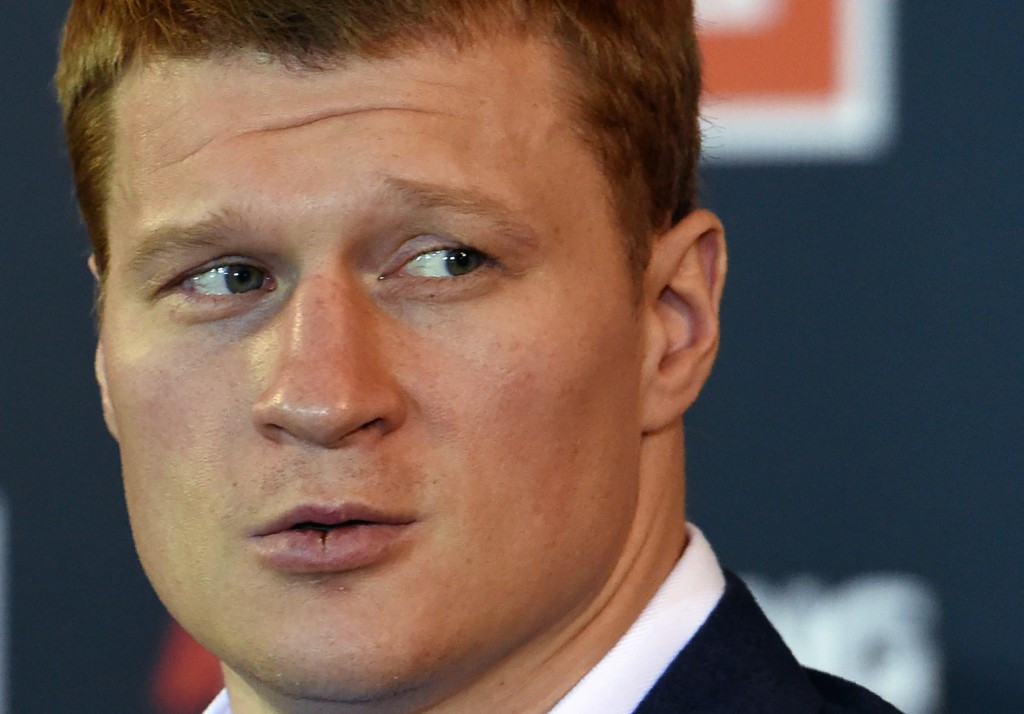 Representatives of Alexander Povetkin are threatening legal action against United States rival Deontay Wilder after he seemingly pulled out of their World Boxing Council (WBC) heavyweight title fight on Saturday (May 21) after the Russian failed a doping test for meldonium.

Povetkin, who was due to fight Wilder in Moscow on Saturday (May 21), returned "low concentrations" of the recently-banned substance in a blood sample in April.

He claims to have only taken the product last year, so before it was added to the World Anti-Doping Agency banned list on January 1.

An investigation is currently being carried out by the WBC.

"I haven't taken anything or consumed anything, so I've got nothing to fear."

"Povetkin’s bout vs Wilder has been postponed, it will take place on another day," he wrote on his Twitter account.

But Wilder's promoter Lou DiBella contradicted this claim, insisting: "The fight is off. Not postponed. Off. We are gutted."

"All the hard work we put in with the time, effort and money is gone, through no fault of ours," he added.

"The ripple effect from this cancellation reaches hundreds of people.

"We will take some time off and be back soon and continue to campaign and demand a clean sport and level playing field."

Ryabinsky has since responded: "It may end up in court - we are ready for that."

Ryabinsky claimed Povetkin's sample contained just 70 nanograms, or seven per cent of what the anti-doping authorities banned, adding that "politics has intervened in boxing".

He also passed three tests earlier last month before his failure on April 27, it has been reported in Russia.

If the case is confirmed, however, his fighter would likely also face legal action from Wilder.

Meldonium was added to the WADA prohibited list after they found “evidence of its use by athletes with the intention of enhancing performance”.

But the body have since admitted that more research is required about how long the product stays in the system after being taken, and admit that, if below one microgram of the substance was detected in a test before March 1, a no fault or negligence verdict can be reached.

"Keeping the priority of safety and also the principle of justice, the WBC will continue the investigation into the case.

"Consequently, the event scheduled for May 21 in Moscow is hereby officially postponed.

"The WBC will be releasing more information in the coming days regarding the final ruling on the matter."