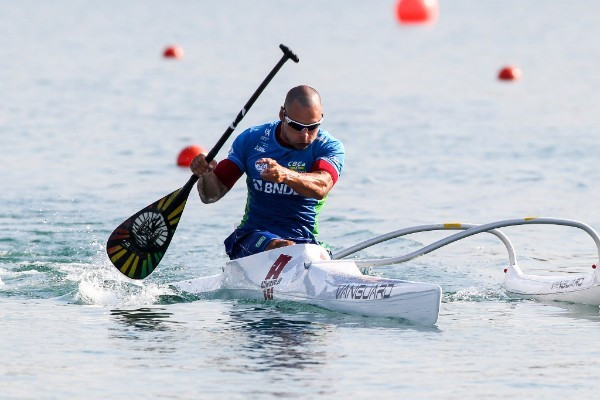 Rio 2016 places will be on the line when the International Canoe Federation (ICF) Paracanoe World Championships begin in Duisburg tomorrow.

The German course also held the event in 2013 and there will be extra spice this year with canoeing making its Paralympic debut in Rio de Janeiro.

Great Britain lead the way in the sport with 20 world titles and 35 medals in all across six editions of the Championships so far.

Jeanette Chippington, who has won half of those world titles, will again be one to watch in the KL events in Duisburg.

Chippington has already won two Paralympic gold medals during her career as a swimmer.

Brazil will also be strong contenders ahead of the Paralympics on their home water.

Fernando Padua won the first of his four world titles in the men's KL1 event and will again be in action in Germany, with Luis Cardoso, another Brazilian, the defending champion.

Elsewhere, Markus Swoboda of Austria has won all six men's KL2 200 metre world titles and is the only athlete to have won all possible world titles in a specific men's event.

Fernando Rufino de Paulo of Brazil has claimed a medal in KL2 at the last two World Championships, as he came second in 2014 and third in 2015.

Caio Ribeiro De Carvalho, another Brazilian, is aiming to become the first athlete to win consecutive men's VL3 events at the Worlds.

The event is due to continue until Thursday (May 19).