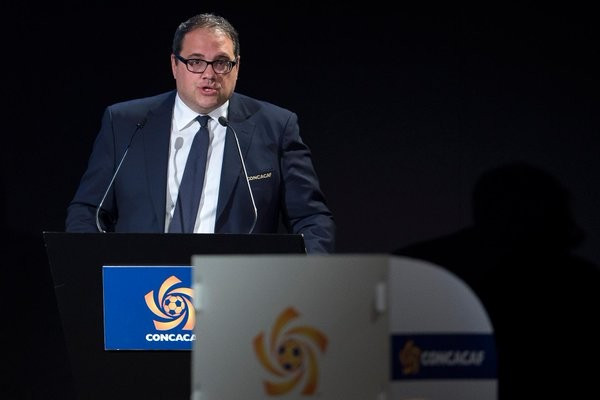 Canadian Victor Montagliani has been elected as President of the Confederation of North, Central American and Caribbean Association Football (CONCACAF) with 25 of the 41 votes at the body's Congress here today.

The election was conducted by secret ballot for the first time in history.

Montagliani, a Canadian businessman, is the seventh President of the organisation and takes over a position which has become synonymous with the corruption scandal engulfing world football's governing body.

He is also the third man to assume the CONCACAF Presidency this year following the indictments of predecessors Alfredo Hawit of Honduras and Jeffrey Webb of the Cayman Islands by the United States Department of Justice, who are investigating widespread criminal wrongdoing at FIFA.

Montagliani prevailed in what had been an intriguing race for the top job at CONCACAF before the list of candidates was whittled down to two after Caribbean Football Union President Gordon Derrick was ruled out for failing an integrity check.

As a result of his success here, the 50-year-old from Vancouver will automatically take a seat at the FIFA Council, which replaced the Executive Committee as part of a series of reforms initiated to repair the shattered reputation of the organisation.

"The walls are down and it is time to come together as one CONCACAF," Montagliani said.

"You have my word that I will work for you every day and be there for you and I hope I have the same back from you.

"The tone starts at the top and I believe that's one of the things I will bring to CONCACAF."

Luis Hernández, the head of the Football Association of Cuba, has joined him on the ruling Council after he was chosen ahead of John Krishnadath of Suriname.

The Turks and Caicos Islands' Sonia Bien-Aime won the two-horse race for the newly-created CONCACAF female role on the FIFA Council, comfortably overcoming Joanne Salazar of Trinidad and Tobago by 27 votes to eight.

Only CONCACAF's associations who are members of FIFA were allowed to cast their vote.

Rodolfo Villalobos of Costa Rica was appointed vice-president for Central America on the CONCACAF Council.

He was the only candidate and was selected by acclamation of the organisation's 41 members.

Montagliani's manifesto called for a "root and branch" reform in order to "rebuild the credibility" of the organisation and will aim to tackle eight key challenges he raised in his pledge for the Presidency.

One of his key goals will be to bring the World Cup to the region, with Canada, Mexico and the United States all expressing an interest in launching a bid for FIFA's flasghip quadrennial tournament.

The Canadian will attempt to further develop women's football following the successful staging of last year's Women's World Cup, which broke a number of attendance and viewing figure records for the competition.

"The show must go on because the fans deserve that," Montagliani added.

"The three countries that have put their hands up are strong in their own right and we will seek a collaborative effort to bring the World Cup back to CONCACAF in 2026."

Perhaps his biggest task, however, will be to restore the reputation of the corruption-scarred body following the indictments of some of their most prominent officials.

CONCACAF were given a boost earlier this week with the news that FIFA was unfreezing $10 million (£7 million/€8.8 million) worth of funding it blocked in the wake of the scandal.