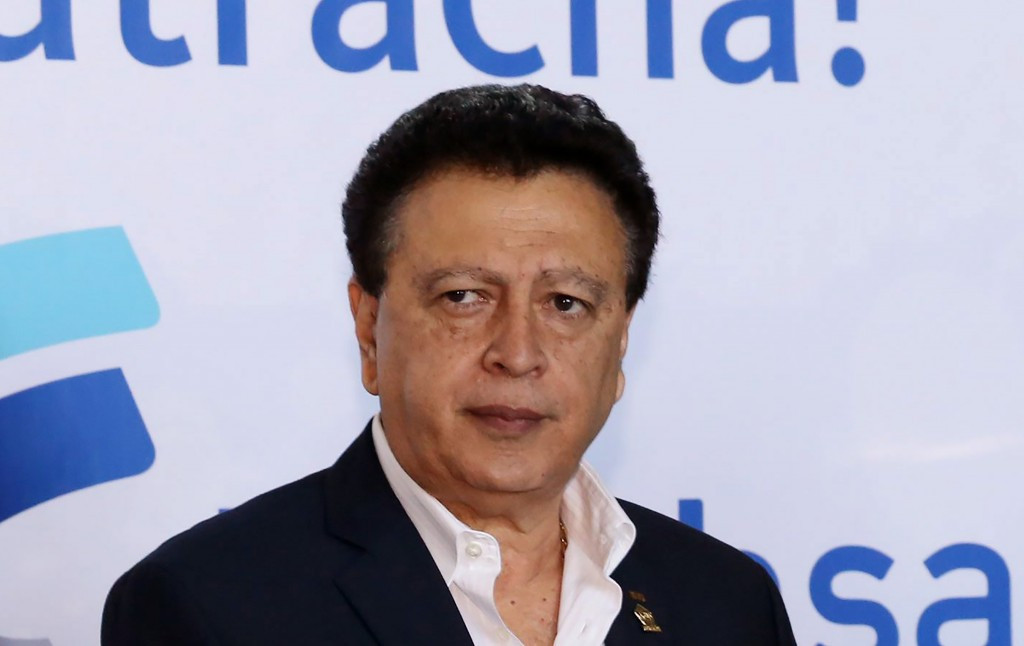 Former FIFA vice-president Alfredo Hawit will travel to the United States to face bribery charges in connection with the investigation into world football’s governing body after he agreed to an extradition request, according to Swiss authorities.

The Honduran, who was interim head of the Confederation of North, Central American and Caribbean Association Football (CONCACAF) until he was arrested in Zurich on the morning of FIFA’s Executive Committee meeting in December, opted to end his resistance to being extradited.

“The US Attorney's Office for the Eastern District of New York accuses him of accepting bribes totalling millions of dollars in connection with the sale to various sports marketing firms of marketing rights to football tournaments in Latin America,” a statement from Switzerland's Federal Office of Justice (FOJ) read.

Hawit was one of 16 officials indicted by the United States Department of Justice (DOJ) on corruption charges last month, along with former South American Football Confederation President Juan Angel Napout of Paraguay.

Napout has already been extradited and denied the charges against him at a Federal Court in New York City.

The pair have also been suspended by the FIFA Ethics Committee for 90 days.

They are both accused of involvement in bribery schemes in connection with the granting of marketing rights to several tournaments in Latin America and the US.

The FOJ recently handed over the first batch of evidence to American authorities as part of the probe, including documents relating to bank accounts which could have been used to store money obtained through bribes.

CONCACAF have decided not to appoint an interim President as it was decided the Executive Committee as a whole will control the governing body until a new leader is elected at its Congress in Mexico City on May 12.

This has been reportedly challenged by several Caribbean members as the move directly goes against CONCACAF’s statutes.

Guyanese Mark Rodrigues has become the first to declare his interest in the Presidency of CONCACAF, though he will need the support of three more Member Associations before he is officially allowed to stand.

Rodrigues had a lucrative career in business before he started the Guyana Women's National Team programme, leading them to the the 2010 CONCACAF World Cup Qualifying Championships.

He has also guided them to the Women's Olympic Qualifying Championship, which are due take place in the United States from February 10 to 21.

As part of his manifesto, the Guyanese hopes to distribute more of CONCACAF's money to Member Associations and he has also proposed the creation of a CONCACAF Football Council, which would advise the President and Executive Committee on a range of football issues, including competition formats.

Antigua and Barbuda's Caribbean Football Union president Gordon Derrick has reportedly privately indicated he is keen on the position in the past and could also launch a bid for the Presidency.

Canada Soccer President  Montagliani is rumoured to be the preferred candidate of the North and Central American region.

Rodrigues is hoping to take over as head of an organisation which is at the centre of the scandal engulfing FIFA as three of its former Presidents, including Hawit, have been indicted by the DOJ.

The body’s most recent President, Jeffrey Webb of the Cayman Islands, has since pleaded guilty to racketeering conspiracy, three counts of wire fraud and three counts of money laundering.

He was one of seven people to plead guilty to the charges filed by the DOJ.

Webb followed Jack Warner in taking up the CONCACAF hot-seat after the Trinidad and Tobago businessman was suspended in 2011 for his role in widespread corruption within world football.

He was then banned from football for life in September by the FIFA Ethics Committee.