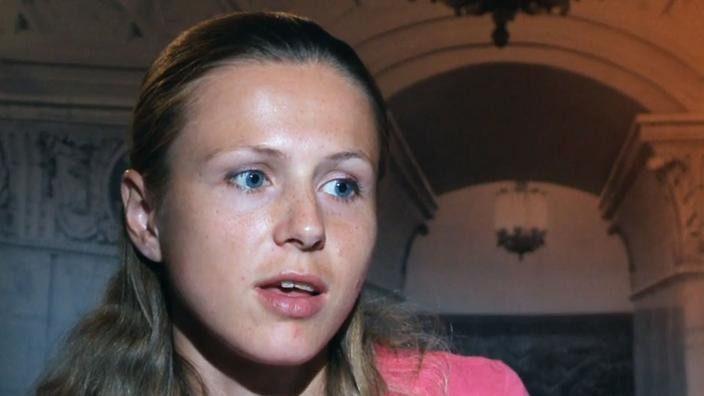 Whistleblowing couple Yulia Stepanova and Vitaly Stepanov believe it would be unfair on the rest of the world if Russia's ban from athletics is lifted before the Rio 2016 Olympic Games.

Members of the International Association of Athletics Federations (IAAF) Council voted 22-1 to ban Russia after revelations of state-sponsored doping were revealed in an explosive report by the World Anti-Doping Agency (WADA) Independent Commission last month.

No time-frame has been revealed for their reinstatement, although the ban will almost certainly not be lifted before the World Indoor Championships in Portland, United States, in March, as no findings are expected to be reported by the IAAF inspection team until after the Championships on March 27.

Both the IAAF and the Russian Anti-Doping Agency must be able to carry out drug-testing activities in Russia effectively and without interference if the ban is to be lifted, while the participation of Russian athletes must not jeopardise the integrity of international competitions.

The Stepanovs, the husband and wife duo instrumental in inspiring the Independent Commission's verdict of systemic doping across Russian athletics, believe the nation should miss August's Games in order to make a serious message.

"It would be unfair to the athletes of the world [if the ban if lifted]," Stepanov told ARD, the German television station to which he first gave his information.

"For decades, the Russians did not respect the rules, knowingly lied to the International Olympic Committee (IOC) and the athletes of the world.

"And suddenly, they say they can change and become good people.

"They must be punished.

"Justice must be served."

Stepanov, a former employee of the Russian Anti-Doping Agency, appeared in an ARD documentary entitled Top-secret Doping: How Russia makes its Winners late last year alongside wife Stepanova, an 800 and 1500 metres runner who came forward in 2014 shortly after she had been banned for two years by the IAAF following abnormalities in her athlete biological passport.

They claimed Russian athletics officials supplied banned substances in exchange for five per cent of an athlete's earnings and falsified tests together with doping control officers.

The duo have had to move seven times in 2015 since the documentary was aired, they revealed, first leaving Russia for Germany and then for other countries.

They live under a false identity, with their son Robert, reportedly with no jobs and little money to live on.

"It's very tiring, but we hope to settle down for good somewhere soon," they told ARD.

"Even our parents do not know where we are, and here nobody asks us questions, thankfully.

"We have a small reserve, and we'll find a way to survive."

Neither IAAF President Sebastian Coe nor IOC counterpart Thomas Bach have attempted to contact them for information, they added.

"I hope one day I will find a job in the fight against doping in sport," added Stepanov.

The duo are also expected to face lawsuits from athletes implicated in their evidence.

Those mentioned include middle-distance runners Tatyana Myazina and Kristina Ugarova, who were among five athletes recommended for life bans in the WADA report.

Mariya Savinova and Ekaterina Poistogova, the Olympics gold and bronze medallists in the 800 metres at London 2012, are also facing being suspended.