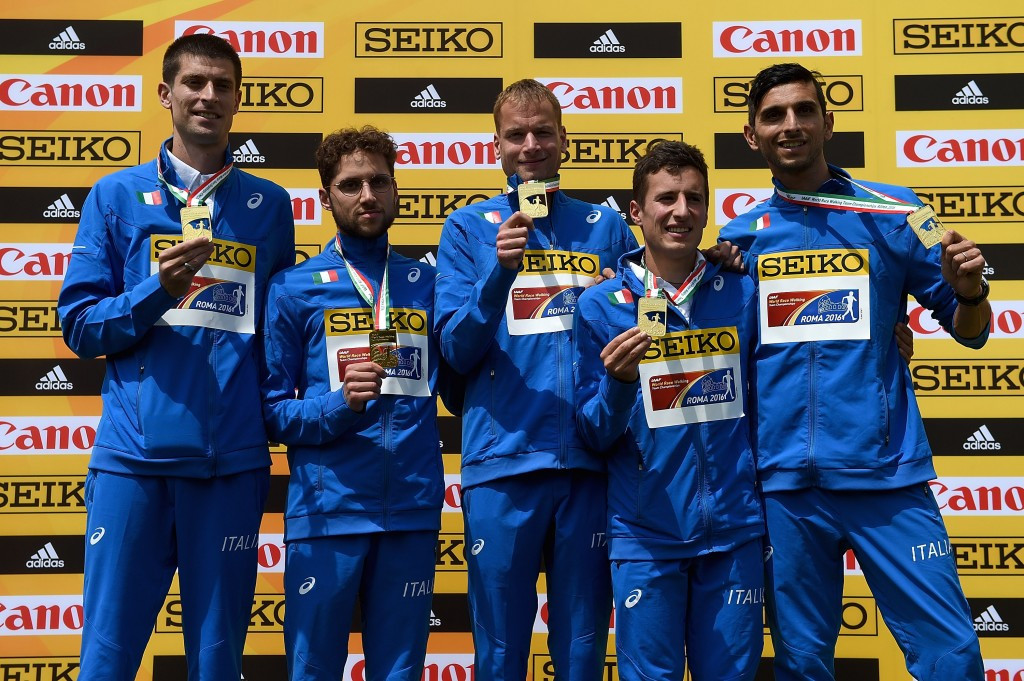 Hosts Italy took team gold in the concluding event of the International Association of Athletics Federations (IAAF) World Race Walking Team Championships after their 2008 Olympic champion Alex Schwazer - back after a three-and-a half year ban for a positive EPO test - won the 50 kilometre race on the streets of Rome.

His colleagues Marco De Luca and Teodorico Caporaso were respectively fourth and fifth in the capital to give fans in the 2024 Olympic bidding city something to cheer.

Australia’s Jared Tallent, who became Olympic champion in March after Russia’s Sergey Kirdyapkin was stripped of the London 2012 title for doping, finished second in 3 hours 42 min 36 sec, more than three minutes behind the 31-year-old home walker, who clocked 3:39.00 after taking the lead after 15km and gradually extending it.

It was a historic race, as American Erin Talcott became the first woman to contest the 50km at these Championships.

The 37-year-old US walker was taking advantage of the temporary opportunity given to women to race with men over 50km until such time as their own 50km races, which were sanctioned at last year’s IAAF Council meeting, are set up.

The result was a suitable reward for Rome, which stepped in as host four months ago after the event was taken away from the intended venue, Cheboksary, following the suspension of Russia by the IAAF amid allegations of state-sponsored doping.

The expected strong challenge from China, whose walkers won all four of the previous day’s events, failed to materialise.

Their 37-year-old veteran Han Yucheng, who had come out of retirement for this event, stopped dramatically at 39km after pushing strongly to try and move clear of Tallent and bridge the gap to the distant figure of Schwazer.

After earning the eighth major 50km medal of his career since 2008, Tallent revealed that he has been plagued by hamstring trouble over the past six months.

"I’m reasonably pleased to have walked like I did, bearing in mind my training has been compromised, and yes, I see this as a positive stepping stone towards the Olympics and Rio," he said.

“But as a battle between Schwazer and myself?

"If the Russians are readmitted to athletics, they’re always competitive, and there is Yohann Diniz and Matej Toth who aren’t here."

The winner admitted the modest tempo at the beginning played into his hands.

“The race was a bit strange,” said Schwazer, whose former girlfriend Carolina Kostner, the 2014 Olympic figure skating bronze medallist, was banned from competing for a year in January 2015 when it emerged she had covered up for the walker when doping testers had arrived at her home before the London 2012 Games.

“At the beginning we couldn't find a good pace.

“In the end it went really, really well and I'm very, very satisfied.

“I am going to really savour it today and tomorrow and think about the next races.”