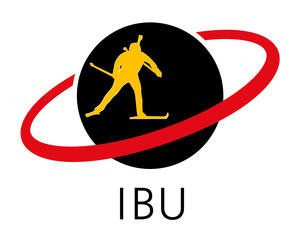 A second biathlete has had his provisional suspension for meldonium use overturned.

The sanction against Russia's Eduard Latypov has been lifted, the International Biathlon Union (IBU) confirmed.

The IBU had already lifted the suspension of Ukraine's Artem Tyshchenko after the World Anti-Doping Agency (WADA) admitted there were question marks on how long meldonium - which has only been banned since January 1 - stays in the body.

Latypov’s case was referred to the IBU's Independent Anti-Doping Hearing Panel, which has ruled in his favour.

The Russian had waived his right to B-sample analysis.

WADA banned meldonium when evidence that it was being used for performance-enhancing purposes emerged, and more than 200 athletes have failed for the heart attack drug since then.

Many who failed claimed, however, that they stopped taking it before January 1 and WADA were forced to clarify their position ahead of more scientific studies.

The organisation ruled that those facing doping bans for meldonium could potentially avoid punishment if below one microgram of the medication was detected and their failed test came before March 1.

They have received increased criticism for not carrying out extensive analysis prior to introducing the ban, with the IBU one of the first governing bodies to question the effects of meldonium.

Their Disciplinary Panel appointed an expert who questioned the scientific evidence on how long it takes to leave the body, who gave the results of a “pilot” study which were said to contradict current literature on the drug.

"The final decision on the case will be taken when the results of the scientific study initiated by WADA are available," the IBU said on the Latypov case.

Olympic short track speed skating champion Semion Elistratov of Russia and long track team-mate Pavel Kulizhnikov are among other athletes to have their suspensions lifted amid the confusion.

The Russian Anti-Doping Agency, which remains non-compliant from the WADA code, have also announced they have decided not to disqualify seven other athletes who registered positive tests for meldonium, which was thrust into the limelight after five-time tennis Grand Slam champion Maria Sharapova revealed she had tested positive for the substance in January.