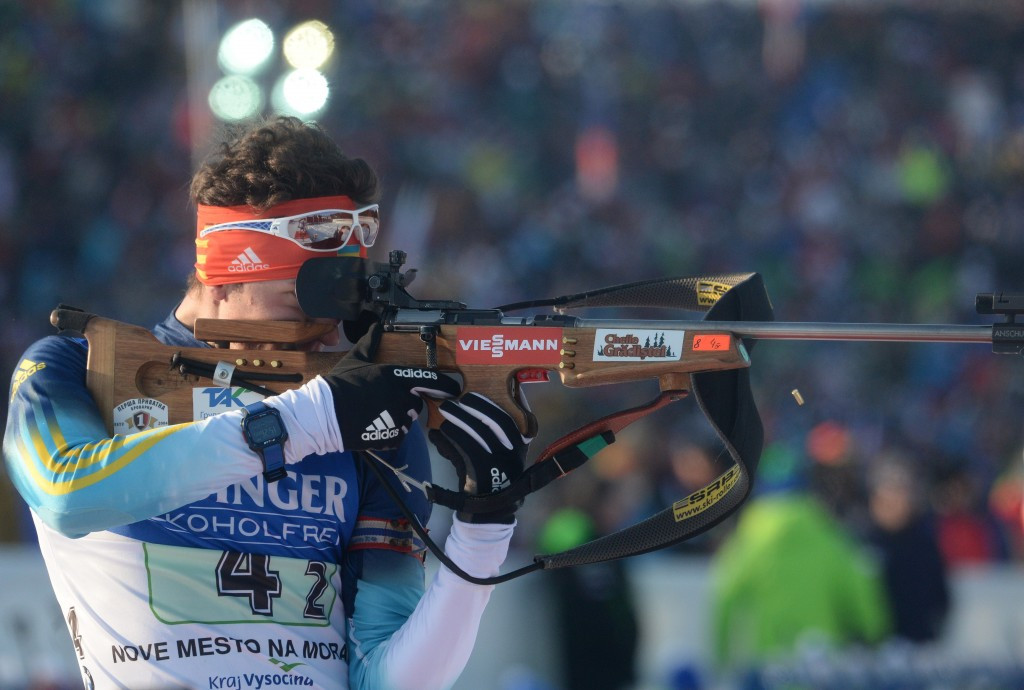 Ukraine's Artem Tyshchenko has been confirmed as the biathlete who failed a doping test for a substance only added to the banned list at the beginning of this year.

He failed a test for meldonium, a hormone and metabolic modulator which was added to the World Anti-Doping Agency (WADA) list of banned substances this year, at an International Biathlon Union (IBU) Cup event in Arber, Germany last month.

A statement was posted on the IBU website earlier this month revealing how an athlete had tested positive for the newly-banned substance, although the identity has only now been confirmed.

The 22-year-old has waived his right to a B-sample, meaning the case has now been referred to the IBU Anti-Doping hearing panel.

This comes after news that Ukraine's Olga Abramova tested positive for the same banned substance earlier this month.

Both athletes face the prospect of a four-year ban.

Abramova, who formerly competed for Russia before switching nationality in 2012, told Ukrainian newspaper Segodnya she had taken meldonium, also known as mildronate, for a heart problem.

She claimed it was prescribed by her doctor but she stopped using it three weeks before it was banned.

Another Ukrainian, 2011 World Championships bronze medallist Sergei Sednev, was handed a two-year ban last year after a retest of a stored doping sample came back positive for EPO (erythropoietin).

Ukraine was declared non-compliant by WADA last year for using non-accredited laboratories for their urine and blood sample analysis.

Middle distance runner Anna Mishchenko has been stripped of her 1,500 metres silver medal at the 2012 European Championships in Helsinki this week after being handed a two-year doping ban for an adverse athlete biological passport (ABP) finding.

Russia's national governing body for biathlon accepted a €100,000 (£70,000/$106,000) fine after three failures last year for inflicting "serious damage to the interests and the reputation" of the IBU.

It is possible Ukraine could ultimately be handed a similar punishment,

There are also concerns about general doping problems in biathlon, with IBU vice-president James Carrabre having called for a review of the anti-doping system in operation at the Sochi 2014 Olympic Games.

IBU President Anders Besseberg had downplayed this claim, however, alleging that the body does not have the power to undertake such a review and can only recommend that the International Olympic Committee (IOC) take action.