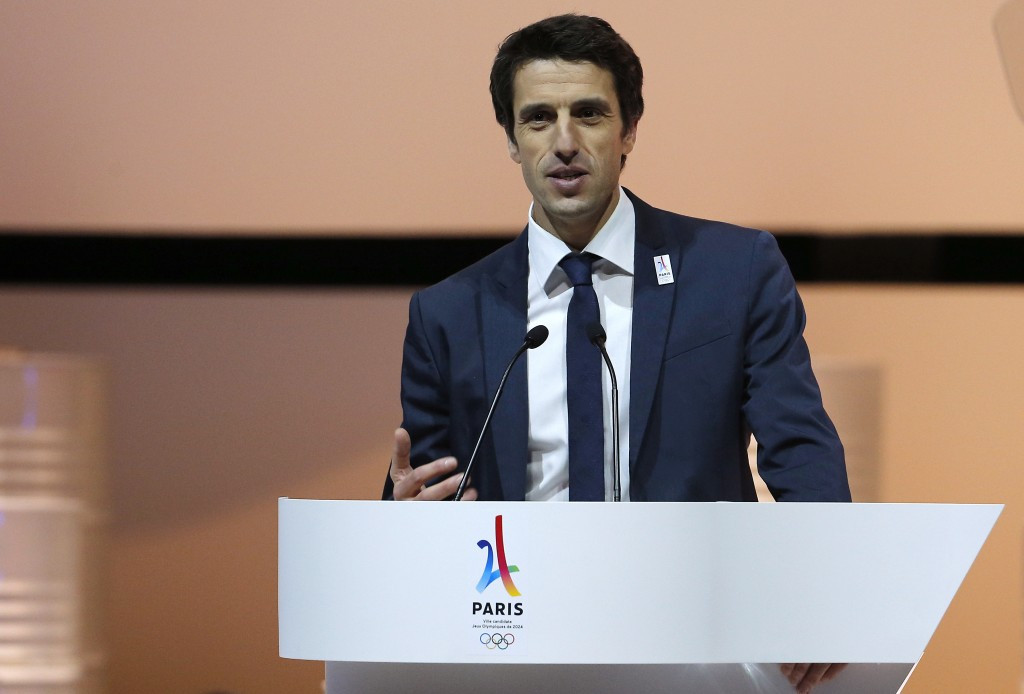 The pair will speak about sustainable development in sport and the role it can play in creating a greener society.

According to Estanguet, a triple Olympic gold medallist in C1 canoeing, the messages they will promote will form a key part of the French capital's bid for the Olympics and Paralympics in eight years' time.

The event, known as Onze Tricolour, is being run by the UEFA European Football Championships, which will be held in 10 cities in France in June and July.

It is taking place at the French National Institute of Sport and Physical Education (INSEP) in Paris and will include the unveiling of Optimouv, a new tool designed to allow the optimisation of travel during sports events.

Paris 2024 is also currently establishing an Environmental Excellency Committee, with further details on this set to be announced in the coming weeks.

"I’m honoured and delighted to be alongside President Hollande here at INSEP to discuss how sport can implement environmental initiatives to help contribute to a greener society," said Estanguet.

"It’s vital that we do what we can to look after our planet and as one of the world’s biggest and most popular industries, sport has an important part to play.

Estanguet added:“Paris 2024 is fully committed to sustainable development and 95 per cent of our proposed competition venues already exist or will be temporary structures.

"Following the 2024 Games, the Athletes’ Village and Media Village will be converted into a new Eco City with 5,000 homes for local people.

"Once finalised, this innovative and environmentally-sensitive area will form a diverse, pleasant and multi-functional urban centre in Paris.

"The Paris 2024 bid has been constructed with sustainability front of mind and we’re excited to confirm that we will soon be launching an Environmental Excellency Committee to oversee and develop environmental initiatives.

"We’re looking forward to providing more details on this matter in the coming weeks.”

Paris is up against Budapest, Los Angeles and Rome in the 2024 race.

The International Olympic Committee is due to elect a host next year at its Session in Peru's capital Lima.

Estanguet is co-chairing the French bid with Bernard Lapasset, the chairman of World Rugby who is stepping down from that role to focus on Paris' efforts.