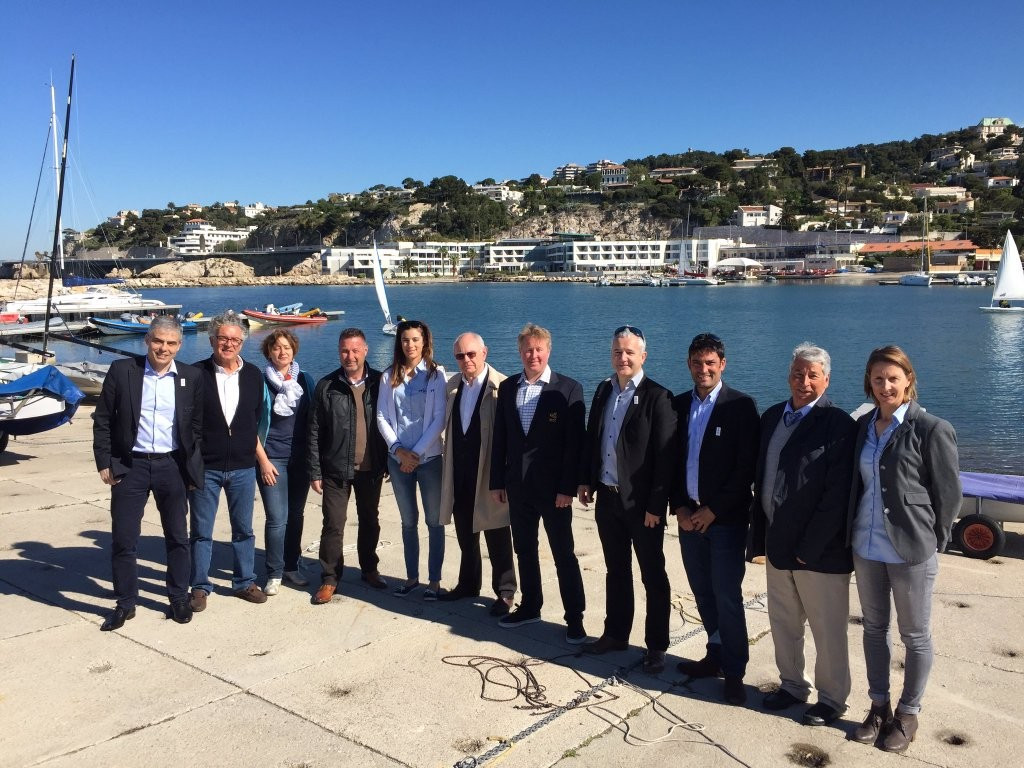 The meeting and tour of the state-of-the-art facilities at the Marina follow what Paris 2024 describes as "regular positive conversations between the two parties over the past year".

They will be led by Paris 2024 sports director Jean-Phillipe Gatien and World Sailing director of events, Alastair Fox.

Joining them will be Paris 2024 technical director Anthony Piqueras, Deputy Mayor of Marseille Didier Réault and Rio 2016-qualified sailors Julien d'Ortoli and Hélène Defrance, who is a member of the Paris 2024 Athletes' Committee.

French Sailing Federation (FFV) President Jean-Pierre Champion will also be in attendance following months of co-ordination between the FFV and the Bid Committee.

Paris 2024 members have met with all 28 Summer Games International Federations (IFs), but today’s meeting is the first to take place at a proposed Olympic venue.

"Paris 2024 is in continuous conversation with all Summer Games IFs as part of the commitment to deliver outstanding venues and the optimal environment for world-class Olympic sport," said Gatien.

"We are greatly encouraged by the exchanges we are having and we are confident that our ready-made, iconic venues and vast experience hosting major international events across France will allow us to deliver a wonderful festival of Olympic sport in 2024."

The visit comes on the back of the final leg of the Sailing World Cup in Hyères, situated close to Marseille on the Côte d'Azur in southeastern France.

It will also include a tour of Borély Park, the proposed site for the Sailing Olympic Village.

"This venue in the cultural metropolis of Marseille is an incredible asset for our bid.

"The facilities are first-class, the conditions on the ocean will be perfect for Olympic competition and the sparkling waters of the Mediterranean will provide an incredible vista for athletes to excel and spectators at the venue and around the world to marvel at."

Sailing was voted off the Paralympic programme after Rio 2016 but a campaign is currently underway to have it restored for the Games in 2024.

Paris is locked in a four-horse race to host the Olympic and Paralympic Games along with Budapest, Los Angeles and Rome.