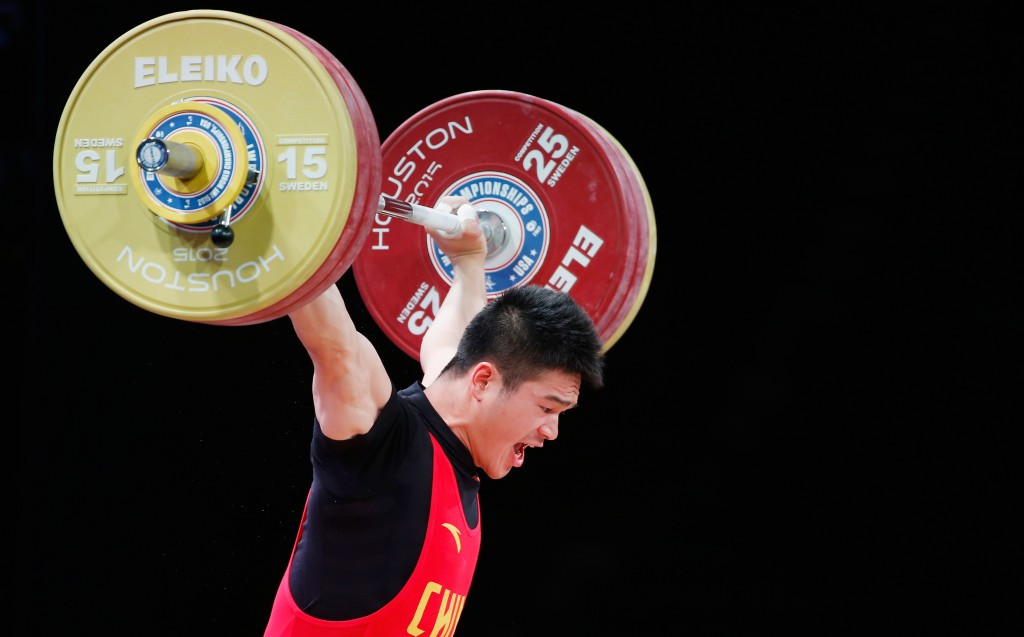 World champion Zhiyong Shi of China added a continental gold medal to his collection after claiming the men’s 77 kilograms title at the Asian Weightlifting Championships at the Uzbekistan Sport Center in Tashkent.

Shi, who won top honours in the men’s 69kg division at last year’s World Championships in Houston, came third in the snatch with 157kg before winning the clean and jerk with 191kg.

It gave the Athens 2004 Olympic gold medallist an unrivalled total of 348kg as Thailand’s Chatuphum Chinnawong and Pornchai Lobsi finished second and third with 347kg and 346kg respectively.

Shi’s compatriot Lvdong Feng won the snatch with 160kg, while Chinnawong was second with 158kg.

Lobsi was the clean and jerk runner-up with 190kg, narrowly fending off Chinnawong who managed 189kg.

Feng finished fifth in the clean and jerk with 180kg and had to the settle for fourth in the overall standings with 340kg.

In the women’s 63kg category, Thailand’s Siripuch Gulnoi was the dominant force as she won the snatch with 103kg and the clean and jerk with 131kg to take the overall title with 234kg.

China’s Guiming Chen came runner-up in the snatch with 96kg and the clean and jerk with 121kg, putting her second overall with 217kg.

South Korea’s Yera Kim was third in the snatch with 95kg, while Vietnam’s Thi Tuyet Mai Nguyen was the bronze medallist in the clean and jerk with 120kg and overall with 211kg.

Action in Tashkent is set to continue tomorrow.