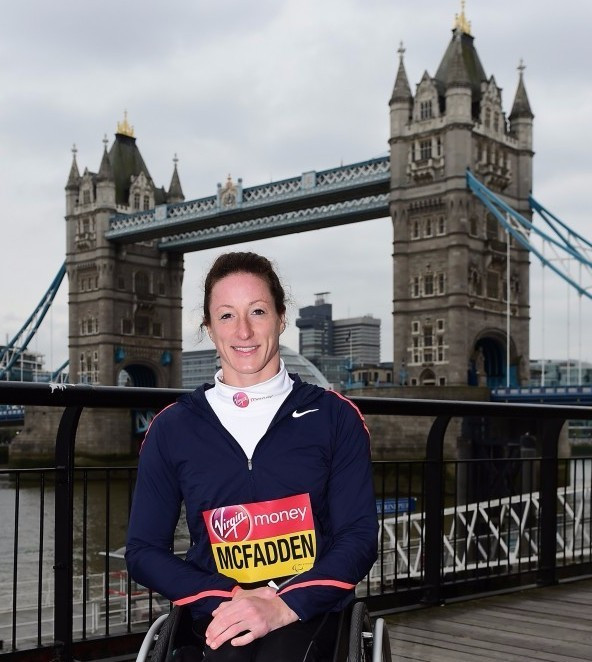 American wheelchair racer Tatyana McFadden is confident she has what it takes to win seven gold medals at this year's Paralympic Games in Rio de Janeiro as she aims to become the first athlete to sweep every distance.

Speaking here today ahead of her quest to win a fourth consecutive London Marathon on Sunday (April 24), the three-time Paralympic gold medallist refused to rule out the possibility of winning the 100, 400, 800, 1500, 5,000, 4x400 metres and the marathon in the Brazilian city.

"With all the training I’ve put in and with my competition schedule this year, I do have to believe in myself," McFadden told insidethegames.

"I’ve put in the hard work, the training and the time so I would love to be on the top of the podium in each race.

"Each race is so different and so hard and you have different competitors for each one, so I just have to really just find myself deep within and just go fast from the start."

The 27-year-old clocked a time of 1 hour 42min 16sec to win the Boston Marathon on Monday (April 18) and make a successful start to her bid for a fourth successive wheelchair marathon grand slam.

McFadden became the first athlete to claim all four titles - Boston, London, Chicago and New York city - in a calendar year in 2013 and then repeated her achievement in 2014 and 2015.

Switzerland’s Manuela Schar and Japan’s Wakako Tsuchida finished second and third respectively in Boston and McFadden expects both them, and compatriots Amanda McGrory and Susannah Scaroni, to provide the strongest competition in London.

"It’s a much flatter course so you have to be really careful," she said.

"It’s going to be very competitive.

"There’s Wakako and Manuela from Switzerland, who really enjoys flat courses, and then you have my team-mates like Amanda and Susannah, so it’s definitely going to be a close race and it will be a fun one."

The 36-year-old admitted he had an "off-day" when finishing fourth in his first-ever appearance at the Boston Marathon earlier this week and insisted he still has plenty more to give.

"I always said if I felt like I was getting slower in training then I think it would be time to stop," Weir, winner of a silver medal in the 1500m T54 at last year's International Paralympic Committee Athletics World Championships in Doha, said.

"I don’t think I’m getting any slower.

"My times are getting slightly quicker - even on the track in Doha I hit my maximum speed in one of the finals.

"If that was slower, or I didn’t medal in the Championships, then I knew I’d maybe have a step back and not do any more racing, but the hunger is still there.

"I don’t feel, oh I’ve got to go training today - I’ve actually been more hungry this year than I’ve ever been."

He finished fifth in 2013 before being beaten into second by Switzerland’s Marcel Hug in 2014 and losing out to the United States’ Joshua George 12 months ago.