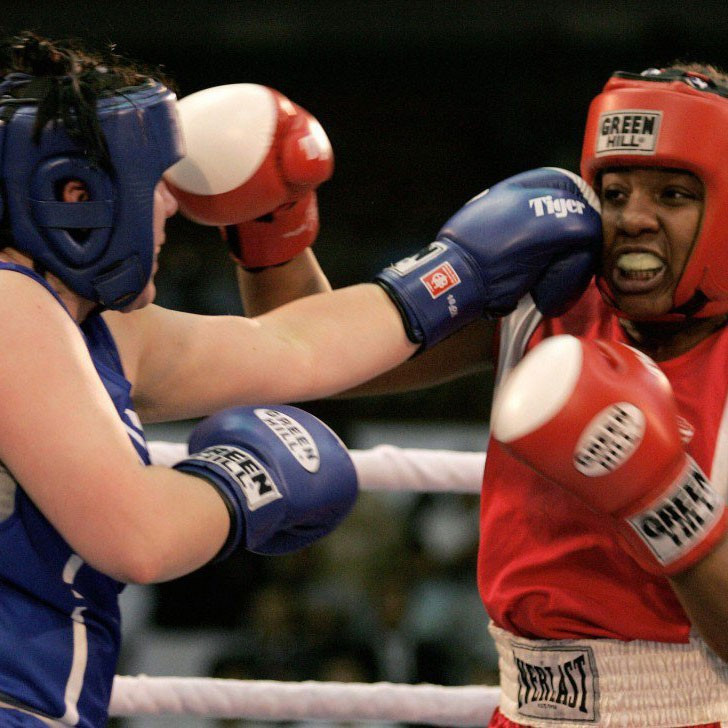 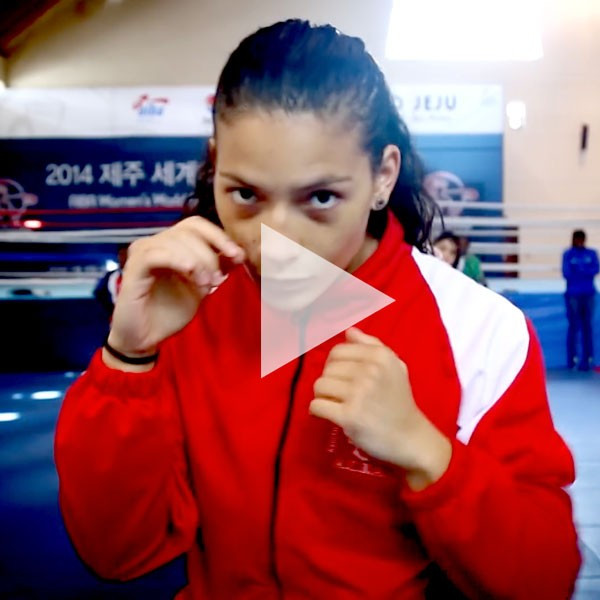 The first edition of the Women’s World Boxing Championships was held in 2001 and hosted by Scranton in the US state of Pennsylvania.

It took place seven years after women’s boxing was formally recognised at the 13th AIBA Congress in Beijing.

A total of 125 boxers from 30 countries participated at the event, where Russia topped the medal standings with four golds.

Elena Sabitova took top honours in the 45 kilogram division, while there was also triumphs for fellow Russians Elena Karpetcheva, Irina Sinetskaya and Olga Domouladzhanova in the 54kg, 67kg and 81kg categories respectively.

North Korea were the best-performing nation at the second edition of the Championships, which were staged in Antalya, Turkey in 2002.

Their medal haul of two golds, two silvers and one bronze saw them narrowly better that of Ukraine, with the Eastern European country managing two golds, one silver and two bronzes.

Russia returned to the top of the medal standings when they hosted the third edition of the Championships in Podolsk in 2005.

They blew away the opposition, winning seven of the 13 golds on offer as well as one silver and four bronzes.

It was China’s turn to host the Championships in 2008 and they marked it by topping the medal standings in Ningbo City with five golds, two silvers and four bronzes.

Two years later, Barbados' capital Bridgetown welcomed the world’s best female boxers to its shores for the sixth edition of the Championships.

They were held on the back of the International Olympic Committee Executive Board’s decision to introduce women’s boxing into the Olympic Games at London 2012.

Russia regained their place at the top of the medal standings with two golds and one silver.

China returned to the summit of the medal standings at the 2012 Championships in Qinhuangdao, which served as a qualifier for the Olympic Games that were to be held a few months later.

The host country’s haul of three golds, one silver and one bronze saw them lead the way with the seven other golds split between seven nations.

The eighth and most recent edition of the Championships took place in 2014 in Jeju, South Korea where 280 boxers from 67 countries competed.

The event was initially scheduled to be held in Edmonton, Canada, but Boxing Canada withdrew from hosting after failing to find a venue that was available for the dates suitable for AIBA.

Russia returned to the top of the medal standings once more with three golds, one silver and one bronze.

The 2016 AIBA Women’s World Boxing Championships took place in Astana, Kazakhstan from May 19 to 27. Astana is the northernmost capital city in Asia. The city currently makes up more than 722 square kilometres and consists of three districts - Almaty, Saryarka and Yesil District. It has a population of nearly 853,000 people.

The Barys Arena played host to the 2016 AIBA Women’s World Boxing Championships. Opened in 2015, the total area of the complex is 86,000 square metres. It features two ice skating and a 50-metre Olympic swimming pool, and can be transformed for other sports events and concerts. The main hall’s capacity is approximately 12,000.

A total of 314 boxers from 71 countries registered for the 2016 edition, including past champions such as Ireland’s Katie Taylor and the United States’ Clarissa Shield, the London 2012 lightweight and middleweight gold medallists respectively. China’s Ren Cancan, the London 2012 flyweight silver medallist, is another former winner who will be competing.

A total of 12 quota places were available for the Rio 2016 Olympic Games during the Championships - four at each of the three Olympic weight classes; flyweight, lightweight and middleweight.

The 2016 AIBA Women’s World Boxing Championships was seen as the perfect platform for the promotion of women’s boxing and establishing it as an integral part of AIBA’s vision in the build-up to Rio 2016. Ambassadors of the event include boxers and referees and judges. 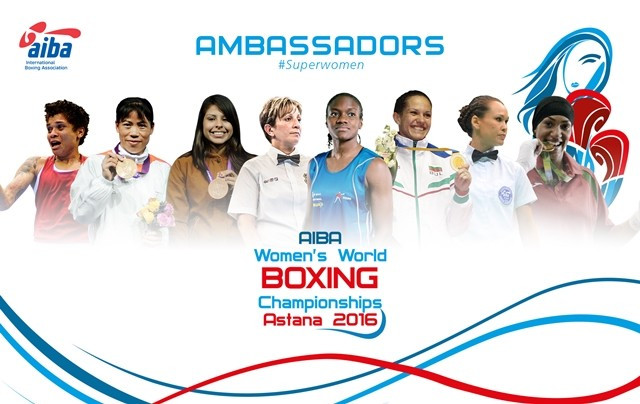 With a design mimicking ancient Kazakh zoomorphic patterns, the gold, silver and bronze medals represent Scythian art - a decoration traditionally used to deliver power, good luck and protection to the wearer. Made of Italian enamel, they feature the AIBA Women’s World Boxing Championships logo on the front and both the AIBA and the Kazakhstan Boxing Federation logos on the back. A total of 40 medals will be won in 10 weight divisions during the nine days of competition. All 10 champions will receive a medal covered in an alloy containing real gold and weighing approximately 110 grams.

It is claimed that Maya the squirrel is quick and elegant, much like all the registered female fighters, and represents the speed, grace and beauty of women’s boxing.