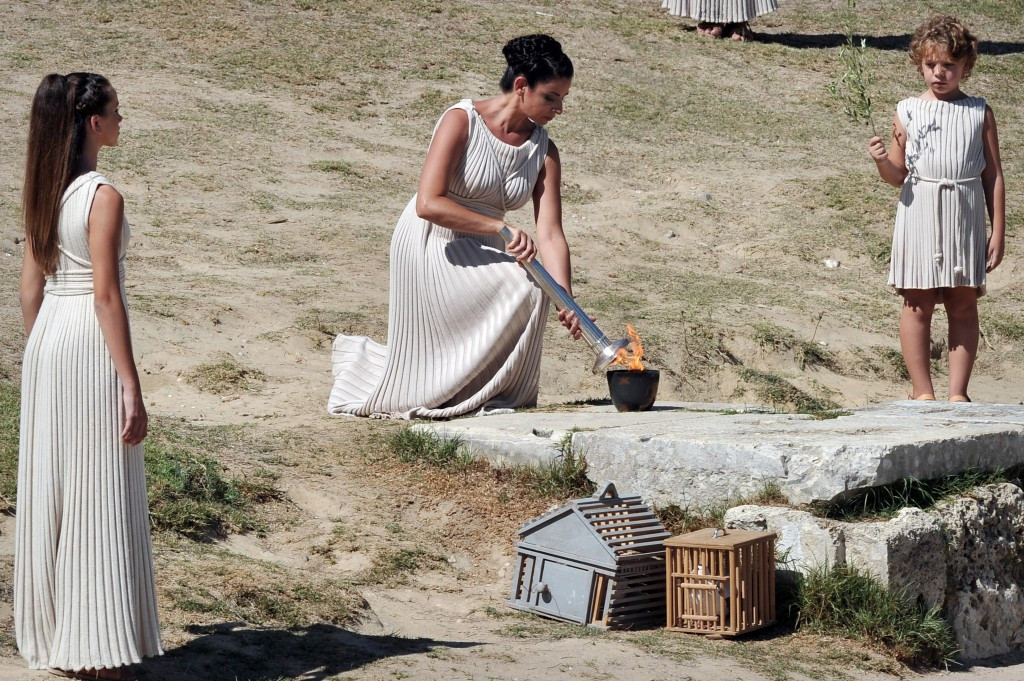 Hundreds have attended the funeral of the last surviving priestess from the first Olympic flame lighting ceremony.

Maria Horss, who died aged 94, was a celebrated dancer and choreographer.

She guided the artistic presentation of the flame lighting ceremony in Ancient Olympia for more than 40 years.

In 1936, aged only 14, her teacher, the renowned dancer Koula Pratsika, invited her to take part in the lighting of the Olympic flame destined for Berlin.

Pratsika was the high priestess in what was then a new addition to the Olympic ceremony.

“She told me, you must come to Olympia," Horss had said.

"I had been her student since the age of eight so I participated in that first ceremony.

"I particularly remember that German woman Leni Riefenstahl who filmed the ceremony.”

In fact such were the crowds on the day that the sequences for the official film "Olympia" were re-shot in more controlled circumstances at Delphi.

Horss became a specialist in the choreography of ancient Greek tragedies and was a teacher at the Greek National Theatre.

In 1964, Otto Simitsek, a leading figure in Greek sport, invited her to take over the ritual of the lighting ceremony.

She became a familiar figure in Olympia, supervising rehearsals and during the ceremony itself she led the solemn procession from the temple of Hera whilst beating a rhythm on a simple drum.

She took inspiration for her dance routines from the illustrations on ancient Greek vases and once outlined what she looked for when selecting the priestesses.

“The selection is based on manners, their kindness, their soul and their beauty," she said.

"They should have a graceful poise and a face becoming of a Greek.”

It was Horss who designed the ceremony for the Athens Games when the Olympics “came home” in 2004.

“We felt the weight of Greece on our shoulders," she said.

"The Athens Games was something special for all of us.”

After the 2006 Turin Winter Olympics, Horss handed over responsibility for the flame lighting to one of her own pupils, Artemis Igniatou.

Horss died at her Athens home in the shadow of the Acropolis.

At her funeral, representatives of the Hellenic Olympic Committee were joined by “her beloved priestesses” – the many young women who had participated in the ceremonies.

“I tried to impart my feelings and my love for the flame to them," she had said.

”This might be the reason why we were very close and worked as a family.”