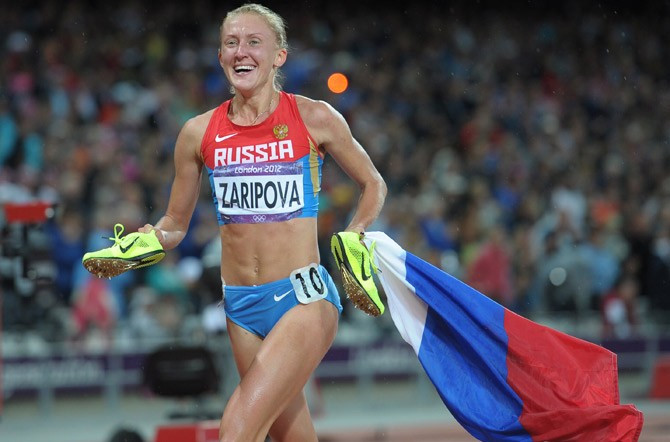 London 2012 Olympic champions Sergey Kidyapkin and Yulia Zaripova are among six leading Russian athletes who will find out the status of their doping suspensions in late February, the Court of Arbitration for Sport (CAS) announced today.

It follows appeals launched by the International Association of Athletics Federations (IAAF) into punishments given by the Russian Anti-Doping Agency (RUSADA), which were criticised as "selective".

RUSADA banned London 2012 3,000 metres steeplechase champion Zaripova for two years in January, backdated to July 2013, and said her Olympic title should be stripped from her, but not her 2011 World Championships gold medal.

Sergei Kirdyapkin, winner of the Olympic gold medal in the 50 kilometres walk at London 2012, and Olga Kaniskina, the 20km gold champion at the Beijing 2008 Games and silver medallist at London, and Sergei Bakulin, the 2011 World 50km champion, were banned for three years and two months.

Their cases were were backdated to 2012.

Vladimir Kanaykin, who set the current world record for the 20km walk of 1hr 17min 16sec in 2007, received a life suspension.

A hearing into Zaripova is due to be held in Lausanne on February 26.

Hearings against the five race walkers took place in the Swiss city earlier this month on December 2 and 3, but no findings will be released until after Zaripova's hearing.

"The above procedures have all been referred to the same panel of CAS arbitrators which will simultaneously issue an Arbitral Award for each case after the final case has been heard in February 2016," a statement providing a status update said today.

There is no progress, however, regarding the Beijing 2008 gold medallist Tatyana Chernova.

Chernova, who beat Britain's Jessica Ennis-Hill to the 2011 world title, has a ban backdated from July 22, 2013 after a retested sample from the 2009 World Championships tested positive for banned anabolic steroid Oral Turinabol.

Her World Championship victory, however, which came shortly after that period on August 30, 2011, has controversially been allowed to remain.

The statement adds: "With respect to the CAS procedure between IAAF v. ARAF and Tatyana Chernova, it is noted that the procedure was suspended in May 2015 at the request of the IAAF while additional investigations were carried out by ARAF and RUSADA.

"The CAS arbitration will resume once such investigation has concluded."

The IAAF are not commenting publicly on any of the cases so long as they remain open.

WADA are due to release the second part of their report at a press conference in Munich on January 14.