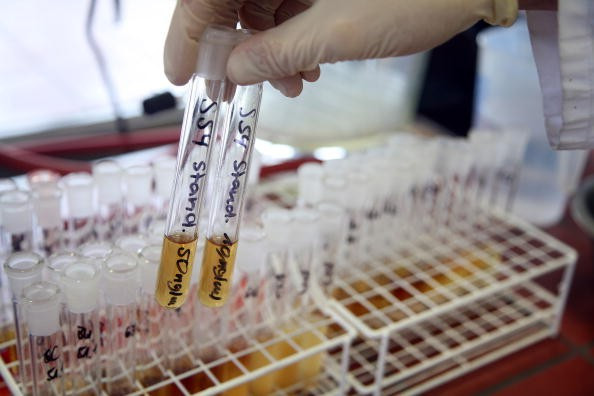 Spain and Mexico have been declared non-compliant with the World Anti-Doping Code after failing to meet a deadline for making required changes to their drugs testing procedures, it has been announced today

Ukraine, declared non-compliant by the World Anti-Doping Agency (WADA) at its Foundation Board meeting in Coloardo Springs last November, have had their compliance status restored, however.

Spain and Mexico were among seven countries to be named on a compliance watch list by WADA at that November meeting.

Greece, Brazil and France and two National Anti-Doping Agencies (NADO) representing Belgium all resolved their Code-related concerns by the deadline of midnight last night,WADA confirmed in a statement today.,

All now are considered to have rules fully compliant with the Code and will face no further sanctions.

The other two, however, have not resolved their respective issues, and are therefore declared non-compliant with the Code.

Spain's problems have been exacerbated by the fact the country remains without a Government after negotiations continue to stall to create a coalition following the election of a hung Parliament last December, meaning there was no way to approve any changes.

WADA "recognises that there is currently no sitting Government in the country, and therefore understands the difficulties the country is facing with resolving its outstanding issues at this time," the statement said.

"As it relates to testing in Spain during non-compliance, an agreement is being reached for testing to be carried out by International Sport Federations.

"This will ensure that effective testing programmes can be run in the lead up to the Olympic and Paralympic Games."

Spain has received criticism for anti-doping procedures in the past.

This has recently centred on a judge in Madrid ruling that blood bags and other evidence in the "Operation Puerto" trial into doctor Eufemiano Fuentes should be destroyed rather than handed over to anti-doping authorities at the completion of the case.

In relation to Mexico, WADA "acknowledges the Government’s recent efforts and is hopeful that the necessary work will be completed in the very near future".

Accreditation of anti-doping laboratories in Madrid, Barcelona and Mexico City will be revoked as a result of the non-compliance declaration.

Mexico City had the only laboratory in Central America, with the nearest ones to the region now in Los Angeles, Bogota and Havana.

WADA does not have the right to directly ban or impose further punishments on countries deemed non-compliant but can recommend punishments, which, in extreme circumstances, can involve suspension from the Olympic Games.

Spain and Mexico do not face such a threat.

Concerns were high that a non-compliance verdict against Brazil would mean that the laboratory in Rio de Janeiro would not be available to drug-testing officials for this year's Olympic and Paralympic Games, meaning samples would have to be flown to other labs.

A Presidential Decree was belatedly passed on Thursday (March 17) to make the required changes one day before the deadline.

"The Brazilian NADO has met the necessary requirements, which included the establishment of a unique Brazilian anti-doping tribunal and the implementation of the Code within the Brazilian legal system," WADA's statement said.

"However, it is important to note that the Brazilian Parliament must still affirm the Presidential decree and other related activities must be completed within the next 120 days."

This could prove problematic, as the country is virtually at a deadlock at the moment due to the growing opposition to President Dilma Rousseff, with 1.4 million protesters spilling onto the streets to call for her impeachment in recent days as many of her closest allies - including predecessor Luiz Inácio Lula da Silva - continue to be accused of corruption.

"The compliance status of all seven signatories refers to whether or not their anti-doping rules are Code compliant," WADA added.

"Under its enhanced independent compliance process, WADA now focuses on the quality of anti-doping programmes of all signatories, or the practice of those rules, so that practice is carried out to a high standard worldwide."

As well as Russia, five other countries were declared non-compliant last year.

Andoora and Israel were accused of not having 2015 Code compliant rules in place while Argentina, Bolivia, Ukraine were sanctioned for using non-accredited laboratories.

Israel and Argentina were declared compliant after making the necessary changes.

Ukraine, a country ravaged by doping problems in recent years, have also now been moved from the non-compliant list.

Athletes from the country to have failed recently include the 2013 European Indoor 800 metres champion Nataliya Lupu, who was withdrawn from this week's IAAF World Indoor Championships in Portland following links with meldonium, the drug only added to the WADA banned list on January 1.