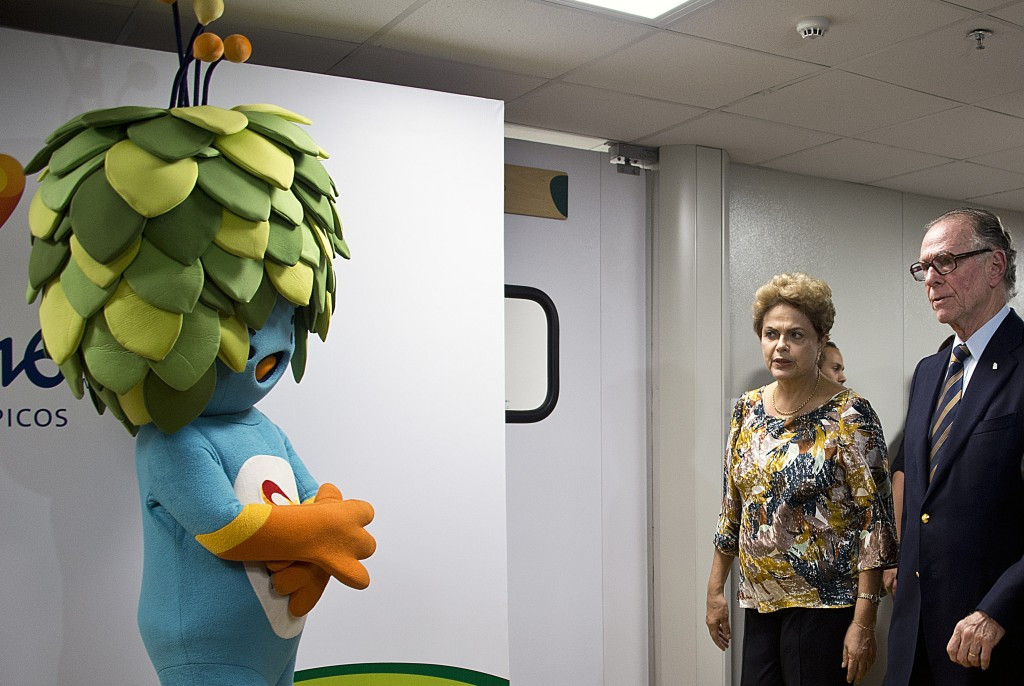 A Presidential Decree is expected to come into force on March 15 to ensure Brazil avoids being declared non-compliant with the World Anti-Doping Code, thus deeming it unable to carry out drugs testing during the Rio 2016 Olympic Games.

Brazil was one of six countries placed on a compliance "watch list" at last November's World Anti-Doping Agency (WADA) Foundation Board meeting in Colorado Springs.

Belgium, France, Greece, Mexico and Spain were placed on a similar list.

All have to meet specific compliance criteria by March 18 or they will be deemed non-compliant.

For Brazil, this concerns hearing all doping cases in an independent specialised tribunal as opposed to a general sports court, as in the current system.

They must also ensure the independence of the Brazilian Anti-Doping Agency (ABCD).

"The law was guaranteed by the Goverment today, who promised to deliver," said Rio 2016 President Carlos Nuzman here following a presentation during the IOC Executive Board meeting.

"I’m confident because they informed us about this.

"Wording was approved by WADA, the IOC and Brazil.

"That’s the reason we have this on the way."

If this is not done in time, the accreditation of Brazil's new R$134 million (£28 million/$45 million/€39 million) laboratory, only deemed compliant itself by WADA last May, would be suspended, meaning it would be unable to process samples during the Games.

This would create a major crisis for organisers, who would be desperately forced to find somewhere outside the host nation to undertake responsibility for drug testing during the Games.

Rio 2016 communications director Mario Andrada added that a Presidential Decree is expected to be passed by Dilma Rousseff three days before the deadline on March 15.

It will, however, be subject to Parliamentary approval at some point thereafter.

This follows concerns the Bill would not be forced through in time due to the ongoing economic crisis and impeachment case against President Rousseff, whose administration has been linked with an ongoing corruption investigation involving oil giants, Petrobras.

This would be far harder at the Olympics due to the greater number of sports and athletes being tested.

A letter from WADA director general David Howman made the process clear.

"The creation of this single anti-doping tribunal is a significant and important step towards a clean sport in Brazil, and its existence can not be compromised," Howman wrote to the Sports Ministry.

In addition, the independence of ABCD is important to emphasise that the national anti-doping organisation is not affected by the national federations.

"Such a tribunal will strengthen this independence."

WADA chief and IOC vice-president Sir Craig Reedie, added here: "They [Brazil] are very well aware of what they have to do."

"The ball is firmly in their court."