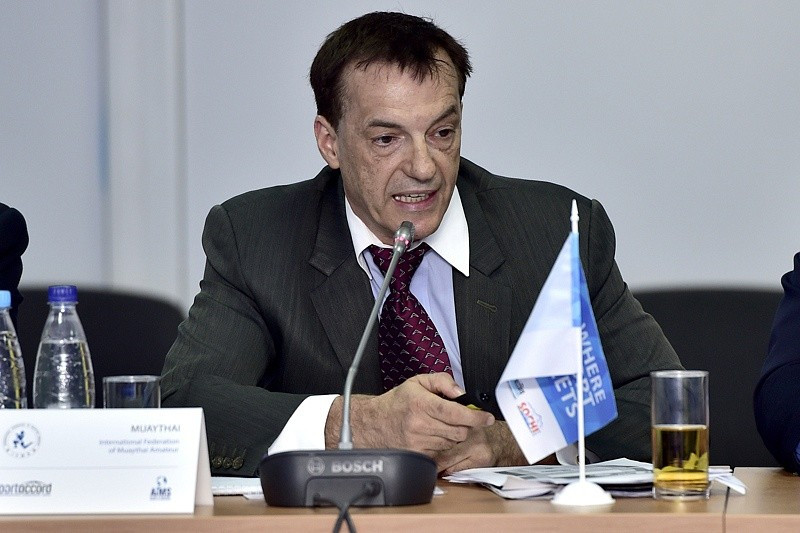 Stephan Fox, secretary general of the International Federation of Muaythai Amateur, has become the latest figure to seemingly rule himself out of the race for the SportAccord Presidency, telling insidethegames that he hopes someone from an International Olympic Committee (IOC) recognised-body will stand.

Fox, a former athlete who sits on the SportAccord Council in his capacity as chairman of the Alliance of Independent recognised Members of Sport (AIMS), is considered a popular and respected figure among the non-Olympic disciplines.

He was thus seen as the most likely individual who these sports - which make up 58 of the 88 current full members - could rally around as a potential Presidential candidate.

But Fox, who lives in Thailand but was born in Germany and also has Australian nationality, has ruled himself out “at this stage”.

This is not because he does not feel capable of standing or is afraid of losing, but because he hopes the President will come from an “IOC recognised sporting body, [or] a possible IOC member”.

“I think for now the important point between all recognised members in the sporting world is cooperation, between the individual IFs, the four umbrella bodies, SportAccord, the multi-sport organisations and the IOC,” he told insidethegames.

“We need to have one combined goal to use the power of sport to build a better future and positive change in a world desperately in need for it.

“The 23 members of AIMS will continue to work toward common goals and if no worthy suitable candidates come forward then AIMS will do what is best for the future of our sports.”

He added that, although he has no current intention to stand, AIMS is keeping "all options open depending on the development and discussion in our Board", suggesting that, if no-one else emerges, he may reconsider.

Fox’s apparent withdrawal follows that of Francesco Ricci Bitti, the SportAccord Convention and Association of Summer Olympic International Federations President who had been widely considered the favourite by many.

Gian-Franco Kasper, the Association of Winter Olympic International Federations (ASOIF) and International Ski Federation (FIS) President who is currently leading SportAccord in an interim capacity, has also said he has no intention of taking on the role on a permanent basis.

It has been reported that “several candidates” have already "expressed interest".

But insidethegames understands that none have seriously come forward, and that a hunt is still underway for someone to emerge ahead of the nominations deadline of March 23.

Those closely involved are confident, however, that someone will ultimately stand.

An election will then be held during the SportAccord General Assembly in Lausanne on April 22.

This follows the resignation as President last May of Marius Vizer, less than two months after his controversial criticism of the IOC and its President Thomas Bach had prompted the withdrawal or disaffiliation of many of the SportAccord members.

Some even said there was no need for SportAccord to continue, because its work supposedly duplicates that of other bodies, like ASOIF and AOIWF.

Fox still sees it as important, however.

“We must find the right balance between IOC and SportAccord to ensure that there is no duplication, and to find healthy cooperation and understanding between Olympic and non-Olympic sports, and the IOC recognised multi-sport games bodies,” he added.

“We must ensure that smaller sports get access to IOC resources so that they can grow on all levels and can be beneficial for our most important asset to our athletes, our youth.”

AIMS are in the process of developing closer relations with the IOC following a meeting between Fox and Bach in December.