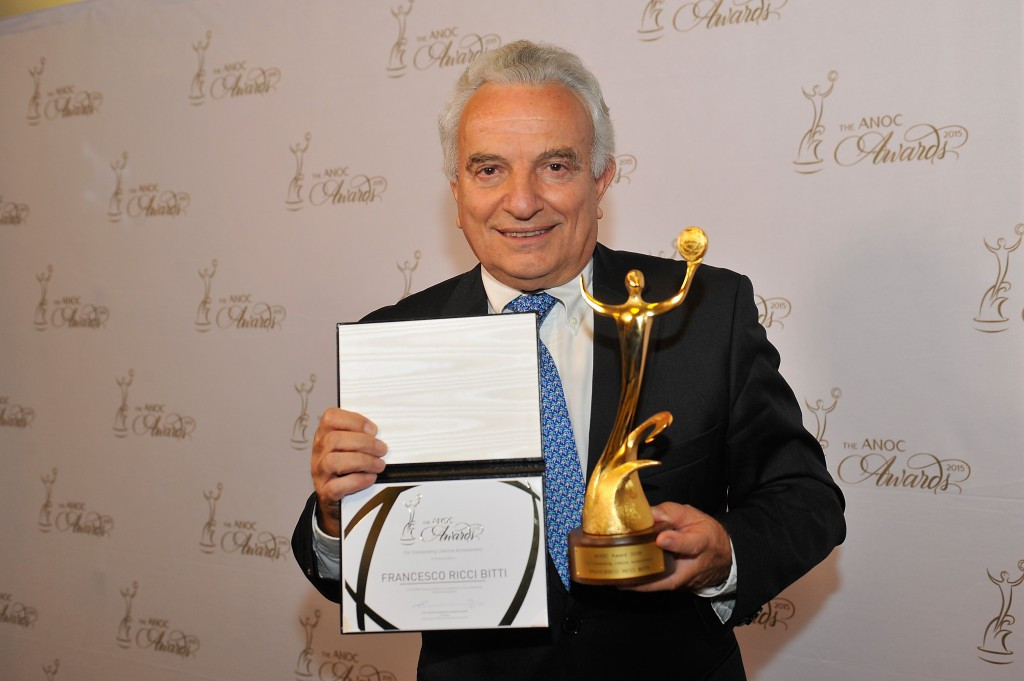 Association of Summer Olympic International Federations (ASOIF) President Francesco Ricci Bitti is not planning to stand for the Presidency of SportAccord when elections are due to be held in April, insidethegames has been told here today.

The Italian, who stood down last year as President of the International Tennis Federation (ITF) having held the role since 1999, is currently chairman of the SportAccord Convention.

This organisation remains a separate legal and practical entity to SportAccord, although there are plans to ultimately merge the two bodies into one.

Because of this, Ricci Bitti, seen as a close ally of International Olympic Committee (IOC) and its President Thomas Bach, had been widely considered the favourite to stand and win elections scheduled to be held during the SportAccord Convention General Assembly in Lausanne on April 22.

The 74-year-old has no current plans to do so, however, partly because it may be seen as improper for him to lead two bodies hoping to merge.

insidethegames understands that Ricci Bitti made it clear at the ASOIF Council meeting here on Friday (February 26) that he does not intend to stand.

A possible merger was originally due to be completed during the General Assembly but has been postponed until after the approval of new SportAccord statutes, which have prompted fierce debate among members.

The latest proposals, obtained by insidethegames, were circulated to members last week, with a two-thirds majority required at the General Assembly for them to be ratified.

"We are progressing towards some changes in the SportAccord Association setup and statutes with the eventual goal that the two bodies - the Association and the Convention - could merge into one body at the appropriate time," an ASOIF spokesperson told insidethegames today.

SportAccord is currently led in an interim capacity by Gian-Franco Kasper, President of both the International Ski Federation and Association of Winter Olympic International Federations (AOIWF).

Kasper made it clear at last November's Extraordinary General Assembly, however, that he is only chairing the organisation on an interim basis in accordance with the Statutes, and will not be a candidate for the future.

An eligible contender is yet to have expressed interest.

A possibility is Stephan Fox, the secretary general of the International Federation of Muaythai Amateur, who also heads the Association of Independent Members of SportAccord (AIMS).

Neither SportAccord nor its predecessor, the General Association of International Sports Federations, has ever had a President from a non-Olympic sport, however, and it will be hard for such an individual to gain enough prestige and support.

It is hoped a candidate from a Summer or Winter Olympic Federation will come forward, but they are yet to do so.

The final deadline for nominations to be submitted is 30 days before the General Assembly on March 23.

They must be from a sport which is a full SportAccord member.

It follows the resignation as President last May of Marius Vizer less than two months after his controversial criticism of the IOC and Bach had prompted the withdrawal or disaffiliation of many of the SportAccord members.

Some even said there was no need for SportAccord to continue, because its work supposedly duplicates that of other bodies, like ASOIF and AOIWF.

Others, particularly the non-Olympic sports, still see SportAccord as a vital forum for debate and development, carrying out functions including anti-doping work and organising multi-sports events.

Vizer remains head of the International Judo Federation and is still thought to wield some influence behind the scenes.