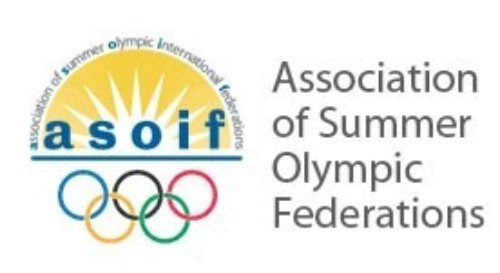 A "new and comprehensive" set of governance principles and indicators ranking criteria including transparency, integrity and democracy could soon be applied by all summer sporting bodies after being approved at a Council meeting of the Association of Summer Olympic International Federations (ASOIF) in Lausanne.

A new assessment mechanism, tailored to the specific characteristics and needs of sport organisations, was approved at today's meeting after being put forward by the ASOIF Governance Taskforce.

This body was set up by the Council during its last meeting in November 2015 following the series of scandals that have affected ASOIF member Federations in recent years.

Five key principles of transparency, integrity, democracy, sport development & solidarity and control mechanisms are highlighted, with each to be implemented by International Federations through 10 "simple and measurable" indicators.

No details of these indicators were included in a release posted on the ASOIF website and circulated following the meeting.

ASOIF officials are yet to respond to insidethegames' requests for more details.

The criteria are supposedly based on a system developed by Jean-Loup Chappelet, a Professor at IDHEAP Swiss Graduate School of Public Administration at the University of Lausanne who sat on the Taskforce.

Chappelet, along with Michaël Mrkonjic, published a 2013 Working Paper entitled "Better Governance in International Sport (BIBGIS): An assessment tool for international sport governing bodies," in which criteria are highlighted.

It can be assumed that these form the basis for the ASOIF measures.

Criteria mentioned here relating to transparency include "publishing an externally audited financial report according to recognised international standards", "publishing on its website its EB (Executive Board) members’ and senior managers’ biographical and contact information", and "publishing the salaries and benefits of its senior managers".

Research by insidethegames in December found that 14 of the 28 current Summer Olympic International Federations already publish their financial accounts on a yearly basis.

A number of others either do so at longer intervals or said they plan to start publishing in coming years.

Many others - representing athletics, judo, canoeing, shooting, golf, modern pentathlon, handball and volleyball - appear to have no plans to do so.

The salaries received by many Presidents and leading officials are also not disclosed, with former FIFA President Sepp Blatter the most high-profile example of a figure for whom his annual compensation remained secret.

Having an age and term limit and ensuring "major decisions are taken by secret ballots and members with a conflict of interest are excluded from the vote" are among criteria in the democracy section.

Having "open tenders for major marketing and procurement contracts" and a "confidential reporting mechanism to manage comments and allegations by whistle blowers" are among other criteria.

Athletics and football suffered the highest profile corruption scandals last year, with criminal investigations having been opened against both Blatter and Lamine Diack, the former Presidents of both bodies.

Lingering concerns remain over many of the other ASOIF members, with many aspects of their administration remaining backward and outdated.

“We are convinced that all International Federations are in a position to embrace and implement the principles and indicators put forward by the Taskforce," said ASOIF President Francesco Ricci Bitti, chair of both the Council and Taskorce.

The Italian stood down last year as President of the International Tennis Federation shortly before allegations of match-fixing in the sport were made public.

"As better governance is an ongoing process, regular reviews and improvements will be important.

"Accordingly, some of the indicators are likely to further evolve with time and new, more sophisticated ones may be added.”

The governance principles and indicators will now be submitted to the ASOIF General Assembly in Lausanne on April 19 for formal acceptance.

Over the course of 2016, the Taskforce will offer support in assessing the current state of governance across the 28 Summer Olympic International Federations, it is claimed.

The IOC have also delivered plenty of rhetoric urging improved governance measures for Federations, although few concrete measures have been made public.

Chappelet and Mrkonjic's Working Paper on which the criteria appear to be based can be read here.