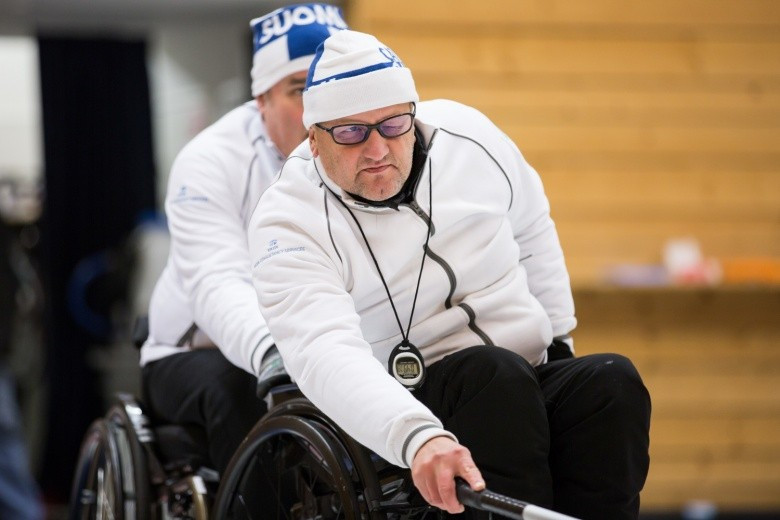 Finland claimed their first two victories of the World Wheelchair Curling Championships in Lucerne today as Switzerland and Norway became the first sides to guarantee themselves spots in the playoffs.

The Finns, who had lost their opening six encounters, opened the scoring with a single point in the first end before Slovakia scored five over the next three to take a 5-1 lead at halfway.

But against all odds the Finns then fought back, drawing level with four points in the fifth end before a steal in the six and two more in the seventh sealed an 8-5 victory.

Both sides have no chance of making it through, however, with Slovakia having registered just two wins so far.

"There were a couple of tactical mistakes in the game but it went pretty much according to our plan," said Finnish skip Markku Karjalainen.

"It was important to get a score in the fifth end, whether it was two, three or four.

"The four was a luxury."

Like the buses, a second win followed as they overcame Canada 10-2 in their second match of the day.

Switzerland continued their unbeaten run with a 7-2 victory over South Korea, securing themselves a place in the playoffs.

They then overcame Russia 9-6 in their second clash.

Norway had first lost out to Russia in a low-scoring 3-1 encounter in which the first four ends were blanked.

It proved enough for the Norwegians to make it through, however, with six wins from seven matches.

Germany recorded a second win of the week by virtue of a 7-4 victory over China in the other match of session eight.

South Korea and United States both kept their playoff hopes alive with session nine victories, by margins of 8-5 and 10-3 over respective opponents China and Slovakia.

Russia, South Korea and the US lie third, fourth and fifth in the standings ahead of the final three rounds of the preliminary phase.

Action is then set to conclude with semi-finals and finals on Sunday (February 28).