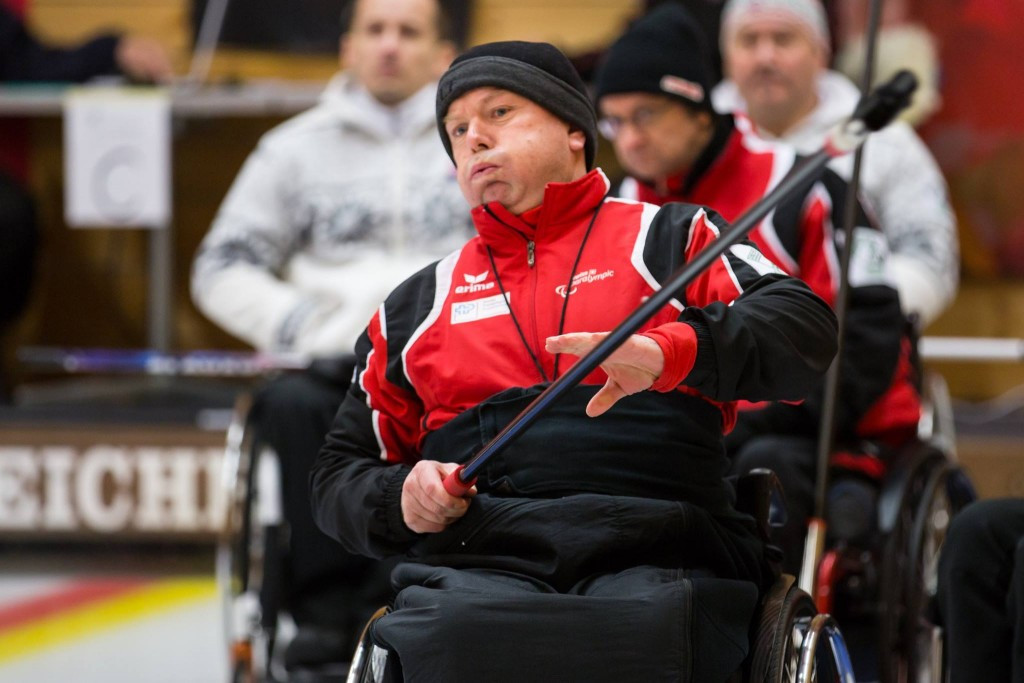 Hosts Switzerland kept their perfect record intact at the World Wheelchair Curling Championships with a tight victory over Finland in Lucerne.

The home team, led by skip Felix Wagner and also featuring Beatrix Blauel, Eric Decorvet and Claudia Huettenmoser, went into the break of the clash at the Eizentrun Luzern with a 3-1 lead.

Finland, however, moved ahead as they picked up three points in the fifth end, before both teams traded single points in ends six and seven.

That meant the Swiss trailed by a single point in the final end, but Wagner played a delicate draw into the house with his final stone to score two points and steal the win.

Switzerland have now won all three of their matches and are behind only Norway in the round robin phase of the tournament.

The Norwegians have played a game more and saw off Slovakia 7-5 today.

South Korea sit third in the table with three wins and a defeat after a double success today, which began with a 4-2 win over Slovakia in the morning session.

They then backed this up with a 7-3 win over Paralympic champions Canada in the afternoon,

Canada are still waiting for their first win after going down 8-7 to China in the morning, with the fifth-placed Chinese then thumped 11-2 in the afternoon by fourth placed Russia, the defending champions.

The United States had a differing day as they went down 6-5 to a German side who collected their first victory in the opening session.

They were able to recover in the afternoon though, thrashing winless Finland 11-2.

The Championships continue in Lucerne tomorrow with the top four countries after the knock-out phase advancing to the semi-finals.