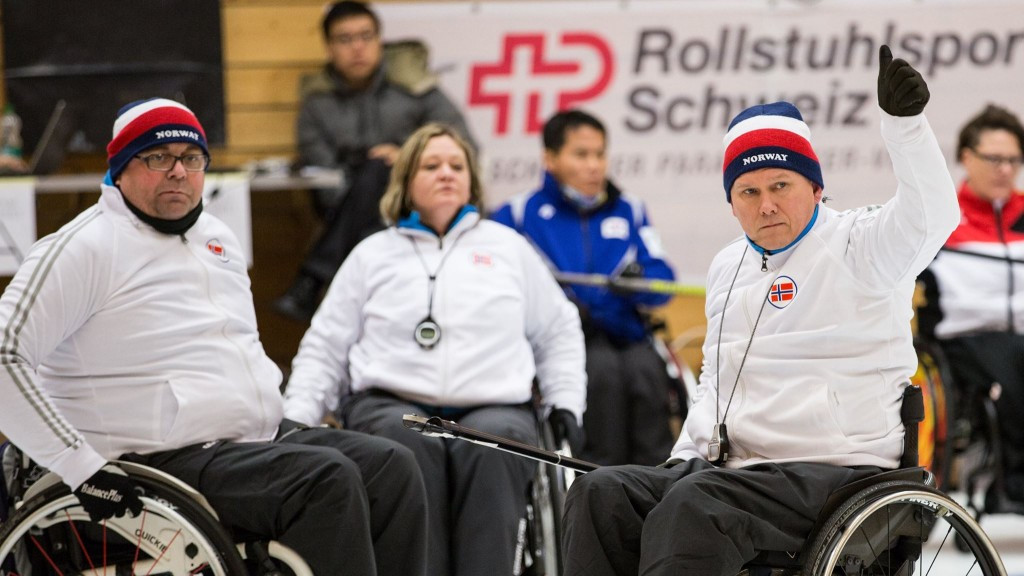 Norway held off a Finnish fightback at the World Wheelchair Curling Championships to maintain their 100 per cent record in Lucerne.

Their quartet of Jan-Erik Hansen, Sissel Loechen, Ole Fredrik Syversen and Jostein Stordahl had comfortably beaten South Korea 6-2 in the opening session of the day.

They looked on course for a sixth straight win after leading 4-2 at the halfway stage of the their tie against Finland.

Their opponents were able to level the scores after securing points in the fifth and sixth ends, but the Norwegians were able regain control to eventually triumph 6-4.

The result leaves Finland bottom of the group, having failed to win a game so far.

With four teams qualifying from the round robin phase to the quarter-finals, Norway have all but secured a place in the knock-out stage after their six wins.

Switzerland are also unbeaten, although they have played a game less, after they defeated the United States 8-2.

Their team of Felix Wagner, Eric Decorvet, Claudia Huettenmoser and Beatrix Blauel had beaten Germany 7-3 earlier in the day.

Defending champions Russia secured a 7-4 win over Finland in the opening session to move their record onto four wins and one loss.

Despite not competing in the second session, the result keeps them in third position in the standings.

South Korea occupy the fourth qualifying position for the semi-finals after a 7-4 triumph over Germany move them onto four wins and two defeats.

China and the United States will hope to close the gap when they play their game in hand, with both teams having won twice and lost on three occasions to date.

The Championships continue in Lucerne tomorrow, with the round robin drawing to a close on Friday (February 26).