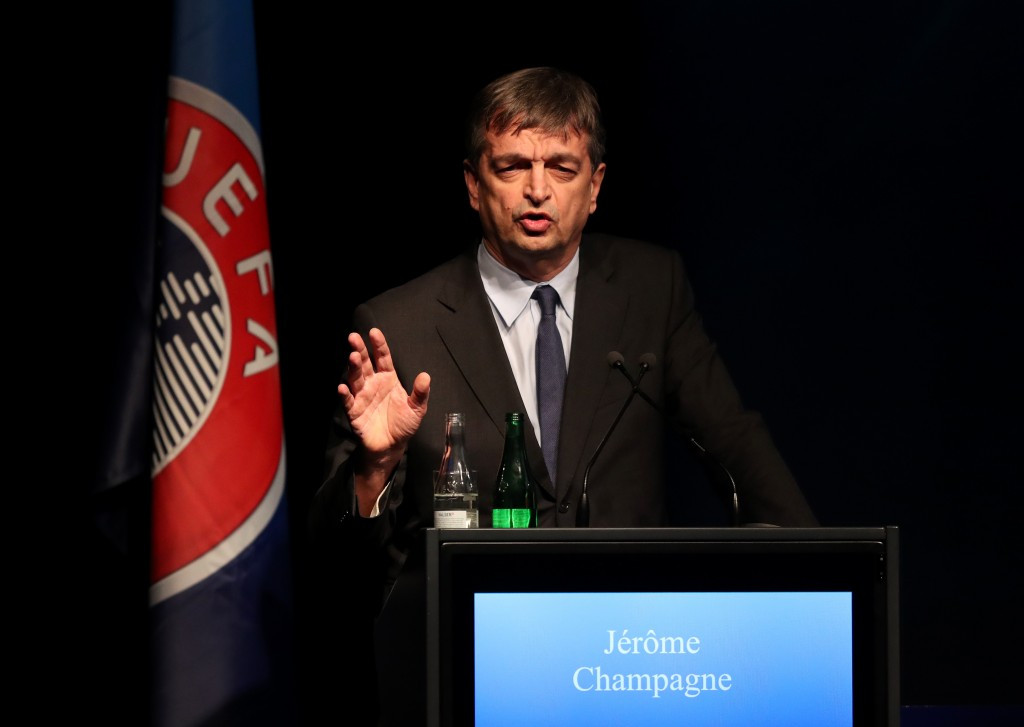 Frenchman Jérôme Champagne has become the latest candidate for the FIFA Presidency to have an attempt to postpone tomorrow's election dismissed by the Court of Arbitration for Sport (CAS).

Champagne, a former executive at the governing body, had contested the ruling of FIFA’s Ad-Hoc Electoral Committee after they refused to install transparent voting booths and independent scrutineers during the vote, where the successor to banned President Sepp Blatter will be chosen.

Both Prince Ali and Champagne were concerned that two of the other candidates for the FIFA Presidency, Asian Football Confederation President Shaikh Salman Bin Ibrahim Al Khalifa and UEFA secretary general Gianni Infantino, were planning to "swamp" the election with supporters.

Prince Ali and Champagne expressed their fears these extra supporters would lobby on behalf of their chosen candidate.

The Jordanian had even shipped in transparent booths which he was hoping would be used during the vote.

They arrived at Zurich Airport yesterday before CAS announced they had rejected Prince Ali’s appeal.

The move from the pair could be considered as a tactical ploy in a bid to detract attention from their flailing campaigns.

Shaikh Salman and Infantino are the two clear favourites in the race for the top job at world football’s governing body.

Both claim voters are put under pressure to provide visual proof of who got their vote.

FIFA did ban the use of mobile phones from the voting booth but refused to install the transparent booths provided by Prince Ali.

The CAS ruling means the election at the Hallenstadion here tomorrow will, as expected, take place as planned.

It could, however, feature 207 Member Associations rather than 209 as a decision on whether to reinstate suspended Kuwait and Indonesia may be deferred until the next Congress in Mexico City, due to take place on May 12 and 13.

“Jerome Champagne filed an appeal at the CAS against a decision issued by the FIFA Ad-hoc Electoral Committee dated 17 February 2016, together with an urgent request for provisional measures seeking an order from the CAS that FIFA be directed, inter alia, to use transparent voting booths and independent scrutineers to safeguard the integrity of the voting process and to ensure that the vote is conducted in secret,” a statement from the CAS read.

“The request for provisional measures was rejected by the President of the CAS Appeals Arbitration Division.”

The Frenchman has also again attacked the credentials of Infantino by claiming it would be a "risk" to elect the Swiss.

"To give the keys of FIFA to UEFA would be a considerable risk," he told French newspaper L'Equipe.

His comments come after Champagne had criticised the Swiss' financial pledges should Infantino be elected tomorrow, describing them as "dangerous".

South African businessman Toxyo Sexwale is also in the running for the FIFA Presidency.