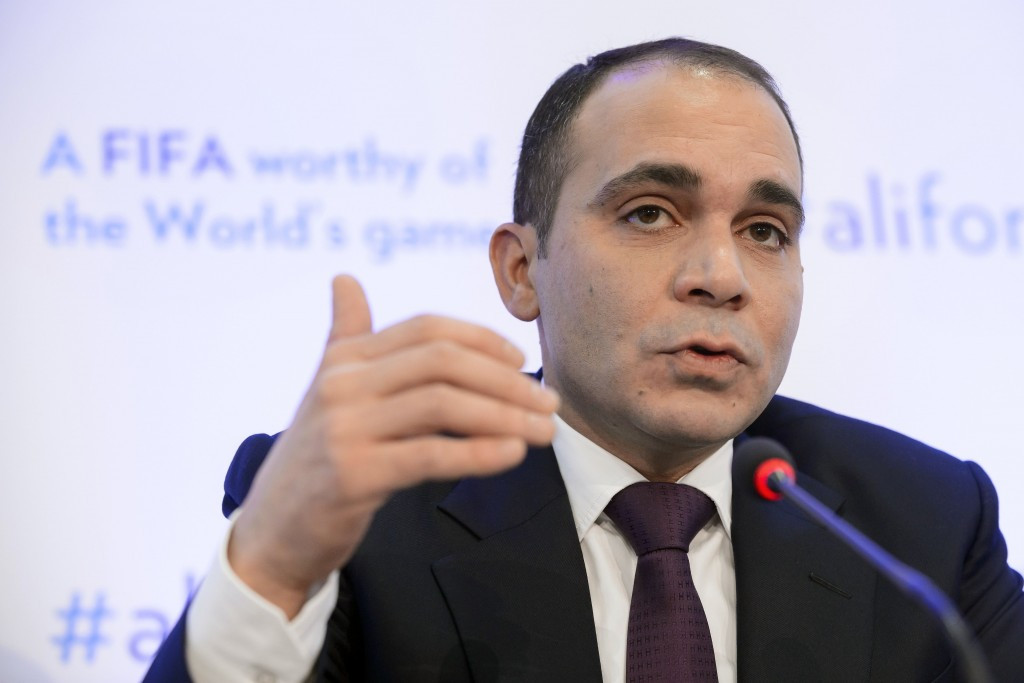 The Jordanian Football Association chief was unhappy with "voting arrangements" ahead of the ballot to replace disgraced President Sepp Blatter, who was given an eight-year ban in December following a series of ethics breaches.

His suspension, along with the one handed to UEFA chief Michel Platini, has since been cut to six years.

The CAS have also rejected Prince Ali's attempt at forcing world football's governing body to use transparent voting booths during the election after the Jordanian failed in his appeal to FIFA.

The ruling means the election will, as expected, go ahead as planned.

The announcement came after several voting booths were spotted arriving at Zurich airport.

The CAS were due to give their verdict either today or tomorrow ahead of Friday's vote.

"My central point throughout the campaign has been the honesty and integrity of the election, principles worth fighting for," Prince Ali said in a statement released following the CAS ruling.

"I advocated for transparent voting booths on behalf of FA Presidents who want to vote their conscience, without worrying that someone with a different agenda is looking over their shoulder.

"I fought for them at FIFA and at CAS, and brought transparent booths to Zurich to eliminate any excuse for not using them.

"I regret that the system let us down."

Any postponement to the election was thought to be unlikely, largely due to the short time-frame CAS were given.

It follows concerns from Prince Ali that two of his fellow challengers for the FIFA Presidency, Asian Football Confederation head Shaikh Salman Bin Ibrahim Al Khalifa and UEFA secretary general Gianni Infantino, were planning to "swamp" the election with supporters.

Both he and Frenchman Jérôme Champagne expressed their fears that these extra supporters would lobby on behalf of their chosen candidate.

FIFA did ban the use of mobile phones from the voting booth but refused to install the transparent booths that had been provided by Prince Ali.

The former FIFA Executive Committee member had wanted the booths to ensure the eagerly-anticipated election was conducted fairly and openly.

He also hoped that "independent scrutineers" would be present in a bid to make sure the vote took place without any interference.

"The only positive aspect of today’s ruling is it that the election will now go forward as planned, and the media will be closely watching for any evidence that anyone is photographing their ballot," Prince Ali added.

"It is now imperative that voters abide by the ban on mobile phones and cameras in the voting booth.

"I look forward to Friday’s vote and remain as committed as ever to the goal of reforming FIFA."