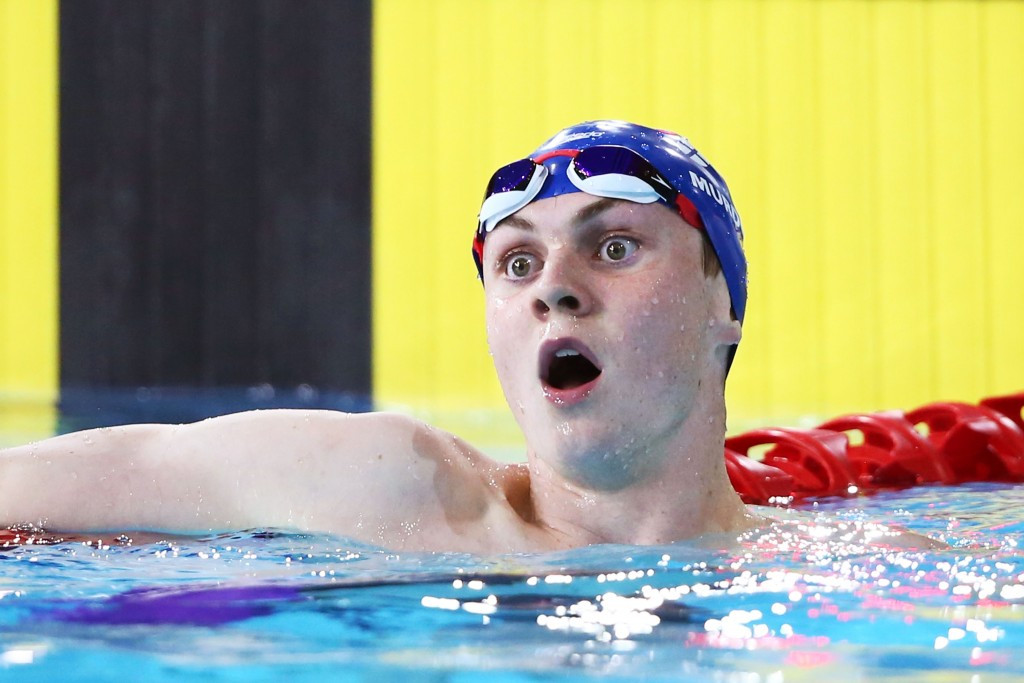 Commonwealth Games gold medallist Ross Murdoch has expressed his hope that the 2018 European Championships will provide a major boost to coverage of swimming.

The 22-year-old rose to fame at Glasgow 2014, where he claimed gold and bronze medals in the men’s 200 metres and 100m breaststroke events.

His 200m triumph at the Tollcross International Swimming centre, where he overcame the challenge of his fellow Scot, Michael Jamieson, was voted as the most inspirational sporting moment of the Games in a survey last January.

Murdoch will be vying to deliver further success in front of a home crowd at the European Championships, with Glasgow due to host aquatics, cycling, golf, gymnastics, rowing and triathlon at the first edition of the multi-sport event.

Berlin is scheduled to stage athletics competition as part of 12 days of action, which will run from August 1 to 12.

One of the key aims of the Championships, which will be held every four years, will be to boost the exposure of the sports through the European Broadcasting Union and their free to air broadcast partners.

It is hoped that by grouping the sports together, more interest will be generated in each sport than at stand-alone European Championships.

Although stating he is often recognised for his achievement at Glasgow 2014 and at the 2015 World Aquatics Championships, where he won 4x100m mixed medley gold and 100m breastroke bronze, Murdoch believes further coverage of swimming would be a welcome boost.

“It is really nice to know that people are still watching my sport as it comes on television at the Olympic and Commonwealth Games, so to know people had sat down to watch my sport was really good to hear,” he said.

“Generally swimming in Europe gets a lot more coverage than it does in Britain, I was just at a French meet and they sold it out, with people paying to sit on the stairs and it was televised.

“The sport is almost fully professional in France and lots of other countries are starting to follow suit, having your sport televised takes it up a notch.

“You see it with athletics, with the profile in Britain having grown and grown as they have all these Diamond League events televised every other weekend.

The swimmer attended today’s European Championships brand launch here at the Scottish Exhibition and Conference Centre, before helping to unveil a street art swimming pool with schoolchildren to promote the event.

While Rio 2016 remains the swimmer’s main focus in the coming months, he reflected that British athletes are receiving additional motivation from having major sporting events staged in their own country.

It follows on from the 2015 World Gymnastics Championships and International Paralympic Committee (IPC) Swimming World Championships both taking place in Glasgow last year.

Murdoch will be able to count on similar home support to Glasgow 2014, when he takes to the water at this year’s European Aquatics Championships in London, which are being held from May 9 to 22.

“Britain are just getting a lot more events as we have the European Championships this year in London and in two years time we are going to have them in Glasgow,” he said.

“It is like one home event after another and I hope it can continue, not just for swimming but for all sports.

“Scotland as a whole deserves it and Glasgow has proven already that it can host world class events.

“It gives us that little bit more motivation in the pool.”