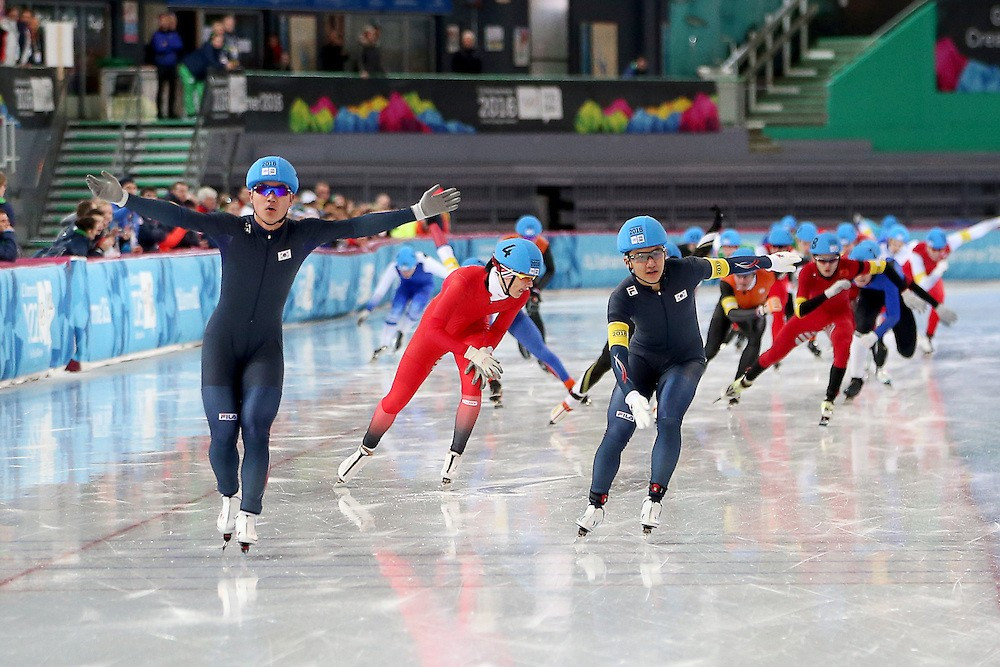 "In the last 100 metres my team-mate caught up with me and I was very scared," Kim, who crossed the line in 5min 26.78sec in an extremely competitive race, said.

The largest crowd of the week were delighted by a bronze medal for Allan Dahl Johansson of Norway after a race which was robust to to say the least.

"There was so much fighting and there was lots of tugging and pulling," the Norwegian said.

"They told me to get off their back - they did not like it that I was just behind them."

It was more like the "Land of the Morning Calm" in the women's race as Park Ji Woo skated to her second gold medal of the Games in 5:26.55, adding to the 1,500m success she achieved earlier in the week.

China's Han Mei was second as she finished with an impressive haul of three silver medals.

It was the Chinese skater who made the break on the final lap but Park responded to take the maximum 30 points available to claim gold.

"I did not know that I would win but when I realised it it was a really good feeling," she said.

"Mass start is still a new event and I am learning a lot just be watching it," said 2010 Vancouver gold medallist Christine Nesbitt of Canada, here representing the International Skating Union.

The mass start races brought speed skating competitions at Lillehammer 2016 to a close, with South Korea ending with a haul of five gold medals.