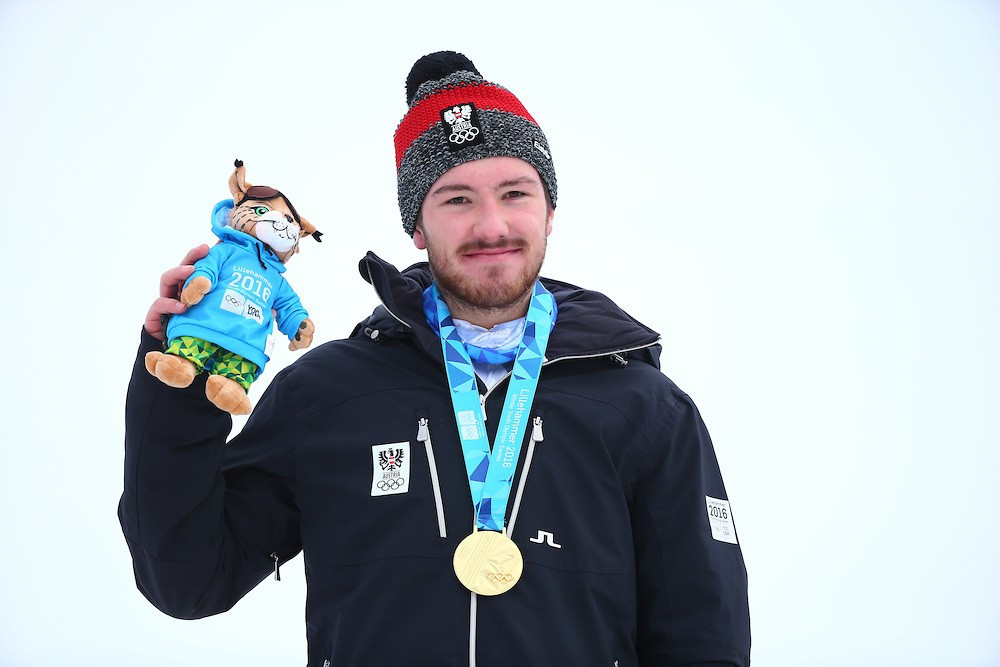 Austria's Manuel Traninger finally got his hands on a gold medal at the Winter Youth Olympic Games, producing a memorable second run to clinch the slalom crown after American star River Radamus’ pursuit of a clean sweep ended with a first round crash here today.

Traninger came into the final individual Alpine skiing competition at the Games having earned silver and bronze medals in the super-G silver and combined and ensured he topped the podium for the first time by clocking an overall time of 1min 38.74sec.

His victory came by a narrow margin, however, as Sweden’s Filip Vennerstroem was on course to usurp the Austrian’s time before he crossing the line just 0.03 seconds short in the silver medal position.

Norway’s Odin Vassbotn Breivik, the leader after the opening round, had to settle for the bronze medal following an error-strewn final run saw him finish 1.33 seconds adrift of Traninger.

The Austrian had completed the course in the third quickest time in the first run but was able to perform when it mattered to seal his maiden gold medal at the second edition of the Winter Youth Olympic Games.

"It was a very good second run for me and I can’t believe I have a gold medal now," Traninger said.

"Super-G and giant slalom are my favourite events, so it is fantastic to win at slalom."

It proved to be a dramatic event here as pre-race favourite Radamus, who has emerged as one of the stars of the Games by claiming a hat-trick of Alpine skiing gold medals, fell during the first run, ending his dream of securing a fourth title.

That left the door wide open for the other skiers, who have largely been in the American’s shadow throughout Lillehammer 2016.

Breivik laid down a marker in the opening run, flying round the course in 49.64sec, though Vennerstroem was providing close company as his attempt was only 0.01 seconds slower.

Traninger was not too far behind as his time of 49.94 moved him into third place on the leaderboard, setting up a finely-poised final run.

Traninger started fast, weaving his way through the slalom course with pace and precision as it became evident that he was about to record a potentially gold-medal winning time.

Though Vennerstroem came close, none of the rest of the field were able to match Traninger’s superb performance as he  completed his set of bronze, silver and gold medals at Lillehammer 2016 with an impressive triumph.

Alpine skiing action is due to conclude here tomorrow with the parallel mixed team event.