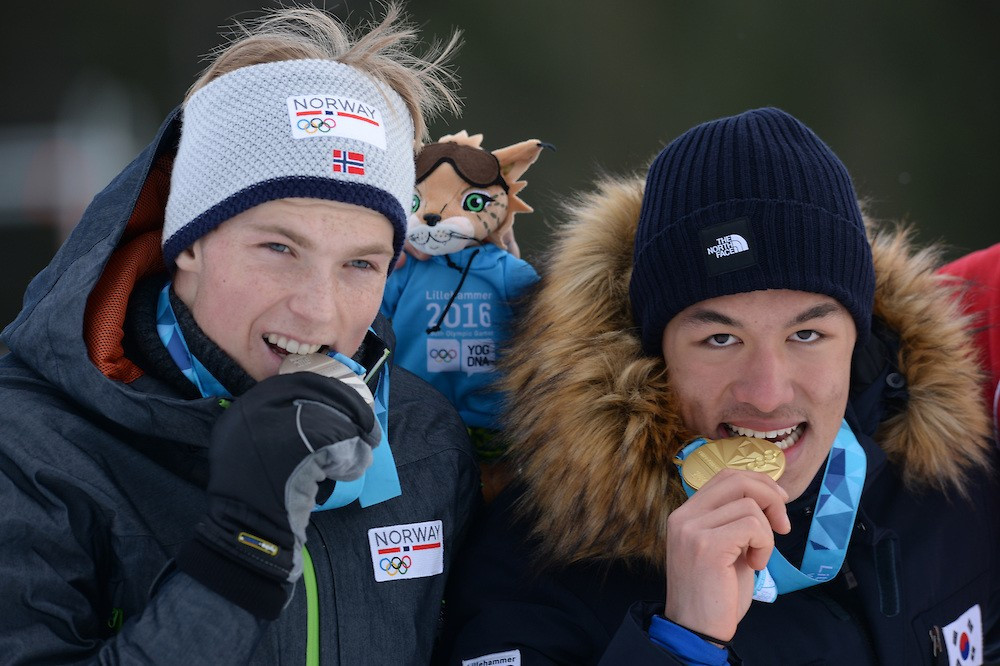 Magnus Kim of South Korea continued his impressive run of form at Lillehammer 2016 as he sealed his second Winter Youth Olympic Games gold medal with a commanding victory in the men’s 10 kilometres free race here today.

Kim came into the event off the back of a superb triumph in the cross-country cross, which was making its debut on the Winter Youth Olympic programme, on the opening day and produced another solid performance, completing the course in a time of 23min 04.8sec.

He was 16.4 seconds quicker than silver medallist and home favourite Vebjoern Hegdal, who earned the bronze medal in the sprint classic race on Tuesday (February 16), while Russia's Igor Fedotov clinched the final spot on the podium in third.

Kim, who has a Norwegian father and South Korean mother, and could have chosen to compete for either country at the Games before opting to represent the Asian nation, clocked the second fastest split times at the 2.9km and 5km stages.

He then picked up the pace in the latter phase of the race to move ahead of Hegdal and deny the hosts their third gold medal at their home Winter Youth Olympic Games.

"I believe that it [my success] will give a boost to the sport," Kim said, with South Korea set to host the next Winter Olympics in Pyeongchang in 2018.

"This could grow interest and as a result make more facilities and that would make me really happy."

The women’s event, held over 5km, proved to be a one-sided affair as Maya Yakunina of Russia powered to the gold medal in style, clocking 12:58.8, 31.1 in front of China’s Chi Chunxue in the silver medal position.

Rebecca Immonen of Finland took home the  bronze medal, only her country's  second medal at Lillehammer 2016.

Sprint classic winner Johanna Hagstroem of Sweden missed out on a third podium finish at the Games as she was fourth.

Yakunina, who had failed to make it through the quarter-finals of the sprint classic two days previously, was the 39th out of the 40 competitors to take to the course and was the only skier likely to deny the Chinese athlete a surprise gold.

At just over the halfway point, the Russian was 21.4 seconds quicker than Chi and managed to further her advantage as the race wore on to ensure Chi would have to settle for silver.

“It was a great result and a great race,” Yakunina said.

“This is what I wanted to achieve.

“I don't want to stop now, but want to get a real adult Olympic gold medal.”