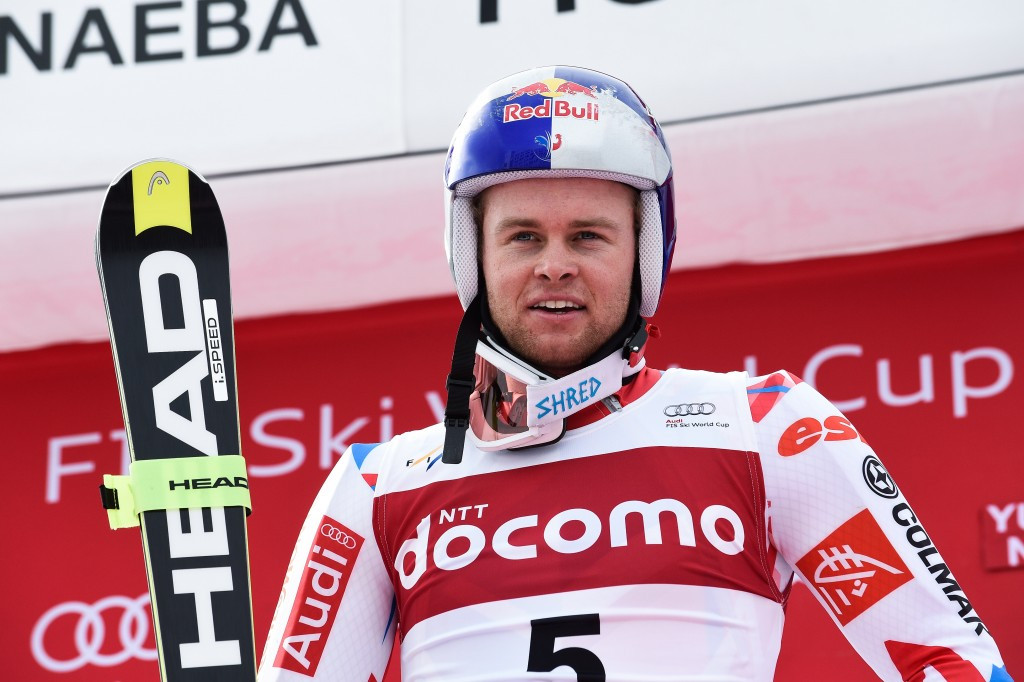 The race was the first Alpine Skiing World Cup competition to be held in Japan since 2006 and Germany’s Fritz Dopfer led the field at the halfway stage of the event by clocking a time of 1min 15.93sec.

He was the only man to dip under the 1:16 mark but Pinturault crossed the line in 1:16.45 to lie in second position to boost his chances of success.

The 24-year-old took advantage of a slower second run by Dopfer, who slipped to seventh, securing victory with a combined time of 2:34.23.

"The race today was not easy," Pinturault, celebrating his first win since the super combined in Kitzbuehel during January, said.

"It was really difficult to attack and control because some gates were quite bumpy in the second run.

Pinturault’s compatriot Mathieu Faivre clinched second position after completing his two runs in a time of 2:34.74.

The podium was completed by Italy’s Massimiliano Blardone, whose his time of 2:34.90 saw him finish narrowly ahead of Schladming night slalom winner Henrik Kristoffersen of Norway.

The women’s downhill competition in Crans-Montana in Switzerland has been postponed until tomorrow following heavy snow.

“Unfortunately, it didn't stopped snowing as we were hoping for, it snowed almost 80 to 90 centimetres at the top and because of the wind, there was even 1.20 to 1.30 metres in some places,” said Marius Robyr from the local organisers.

“We realised rapidly that it wouldn't be possible to prepare a World Cup track of quality and provide total safety for the racers.”

The rescheduling of the downhill competition will see the planned combined event cancelled entirely and, although further snow is expected, organisers are confident competition will go ahead.