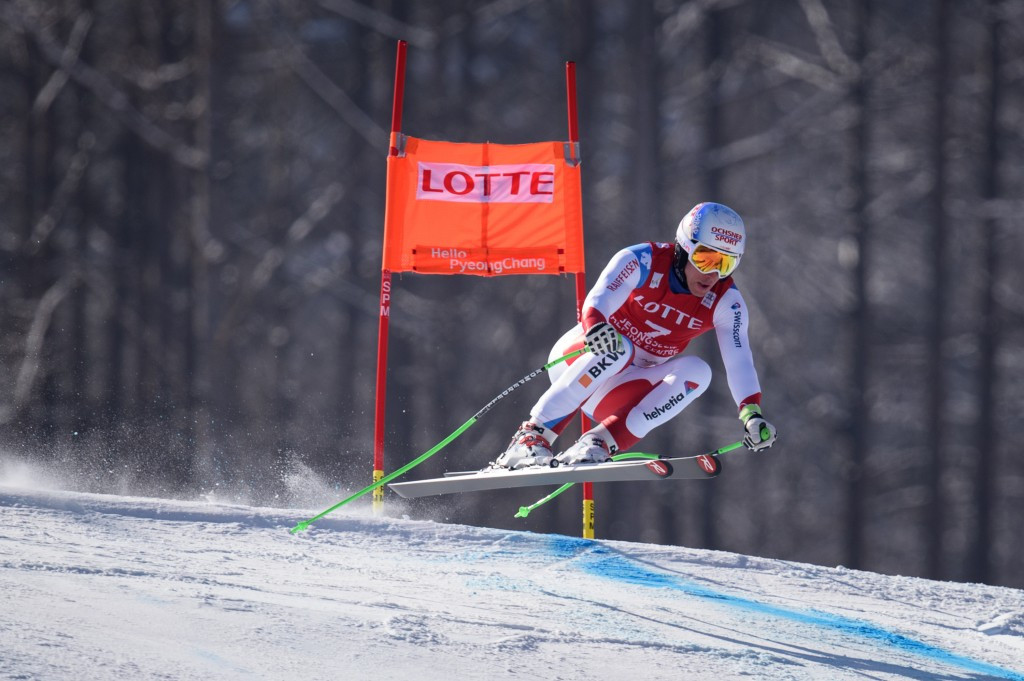 Carlo Janka became the first Swiss skier to win a men's Alpine World Cup race this season as he triumphed in the super-G at Jeongseon in South Korea.

The 29-year-old clocked 1:26.16 on day two of an event which doubled as a tester for the Pyeongchang 2018 Winter Olympics.

Janka, the 2010 giant slalom Olympic champion in Vancouver, won in the super-G for the first time at World Cup level and achieved his 11th victory in all.

"It was not an easy super-G today," said Janka.

"I took some risks and everything worked out.

"The course had some difficult things in it, some jumps and some waves, but I took it and did a good run I think.

"That was the key today for me."

Italy's Christof Innerhofer finished second for his first podium of the season, 0.82 behind Janka, with the result a surprise for the downhill specialist.

Third place went to Vincent Kriechmayr of Austria who was 1.02 behind the Swiss.

Austria's overall World Cup leader Marcel Hirscher was seventh in Jeongseon but retains his lead overall as he chases a fifth World Cup title in a row.

The 26-year-old now has 1005 points ahead of Norway's Aksel Lund Svindal and Henrik Kristoffersen who have 916 and 871 respectively.

Svindal missed out on competing in Korea due to an injured knee.

Yesterday, the Jeongseon venue was praised by the International Olympic Committee after concerns had been expressed in the build-up to the test event about the readiness of the facility.

Elsewhere, Switzerland's Lara Gut cut the gap between her and overall women's leader Lindsey Vonn with super-G victory in Garmisch in Germany.

After a 14th place finish in the downhill yesterday, Vonn, the winner of the race, had extended her overall advantage but Gut hit back with a winning time of 1:20.51 today.

Germany's Viktoria Rebensburg was 0.15 behind in second while American Vonn had to settle for bronze, 0.23 adrift.

“I wasn’t doing what I can.

"Today was just about less thinking and more skiing and yeah, that was the answer.

"I just tried to ski and it went out the way I wanted.

"I felt great, so yes, everything is fine again.”