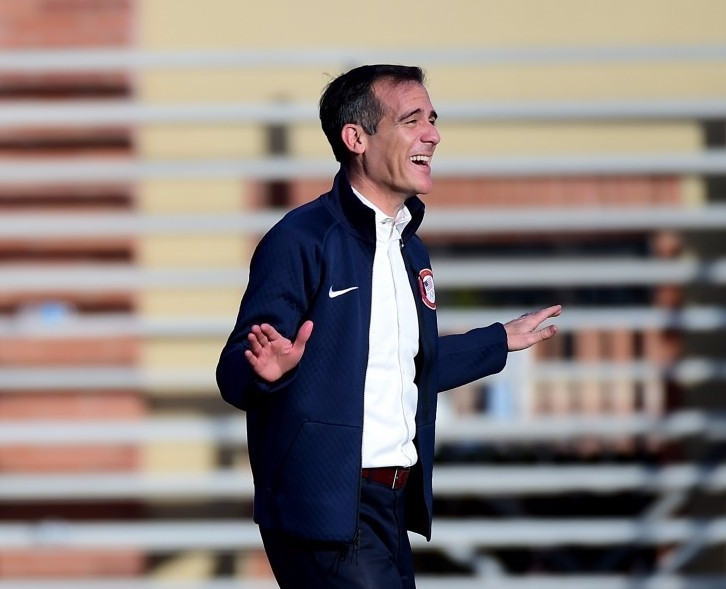 Los Angeles Mayor Eric Garcetti believes that the city could not build an Olympic Village to the standard of the one it is now proposing on the piece of land which was initially proposed - as doing so would be "financially irresponsible".

The American bid for the 2024 Olympics and Paralympics opted for the University of California, Los Angeles (UCLA) as its Village last month, abandoning plans for a site at the LA Transportation Center known as Piggyback Yards.

Moving to UCLA is a much cheaper option for Los Angeles as they can make use of existing infrastructure, including the University's dorm rooms and sporting facilities.

Piggyback Yards, on the other hand, a rail yard owned by the Union Pacific Railroad Company which is on the banks of the LA River, came with a hefty price-tag.

Initial suggestions forecast that a Village there would cost $1 billion (£702 million/€921 million) but it was claimed that the price could be tripled at a City Council meeting in November.

A complete reconstruction of the yard and a wide-scale environmental clean-up operation were among the reasons for the price rise.

When asked if LA 2024 could have built the UCLA facilities at Piggyback by the Los Angeles Times, Garcetti said: "I don’t think we could have financially built the sports facilities and not have them also be white elephants and meet anything of the river plan.

"It would have been financially totally irresponsible."

Garcetti, who met with International Olympic Committee (IOC) President Thomas Bach in the Californian city earlier this month, added that Piggyback would never be able to do the things UCLA could for all sports.

"There’s never been an Olympic Village built with what UCLA has.

"Not just a track but a track where legends have trained."

The Mayor also added that UCLA had always been in Los Angeles' plans, but there had been doubts over whether the University would have enough rooms to house an Olympic Village.

"Two years ago UCLA wasn’t sure it could meet the number of units because they hadn’t made the decision, which they have in the meantime, to build another 2,000 dorm rooms, which does take them well over the beds and units that we need," he told the Los Angeles Times.

The UCLA housed athletes the last time Los Angeles hosted the Olympics in 1984.

USC has been selected as the Media Village for 2024.

Budapest, Paris and Rome also bidding for the Olympics and Paralympics.

A decision is due to be made by the IOC at its Session in Lima in Peru in 2017.