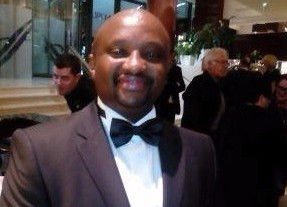 Athletics Kenya chief executive Isaac Mwangi has become embroiled in the doping storm surrounding the organisation following reports he asked for money in exchange for getting more lenient sentences from two of the country's athletes given four-year bans.

The International Association of Athletics Federations (IAAF) has confirmed to insidethegames that the allegations have been passed to their Ethics Commission for further investigation.

The development marks another dark day for Kenyan athletics after IAAF Council member David Okeyo, Athletics Kenya chairman Isaiah Kiplagat and the Federation's former treasurer Joseph Kinyua were all suspended in November by the Commission for 180 days following allegations they were involved in corruption linked to Doha's successful bid for the 2019 World Championships.

"The IAAF confirms that these allegations have been referred to the independent IAAF Ethics Board who already have announced on-going investigation into three Athletics Kenya officials who have been provisionally suspended," a statement from the governing body read.

The two athletes in question, 400 metres runner Joy Sakari and 400m hurdler Francisca Koki Manunga, have alleged during an interview with Associated Press that Mwangi asked for a sum of $24,000 (£16,600/€21,300) to reduce their bans.

The Athletics Kenya chief executive, who has previously vowed that the organisation would take drastic measures in a bid to prevent the continued pattern of doping in Kenyan athletics, has denied the allegations.

“We have heard stories, athletes coming and saying, 'Oh, you know, I was asked for money,'” Mwangi told Associated Press.

“But can you really substantiate that?"

Manunga said: "I told him I've never seen that much money in my life.

“Even if I sold everything, I wouldn't be able to get together that amount of money.”

The World Anti-Doping Agency (WADA), however, expressed their concerns over the allegations.

“WADA is most disturbed by these reports regarding extortion and bribery at the national level of sport, eerily similar sounding to what we learnt through the recent Independent Commission investigation into widespread doping in International Athletics,” WADA director general David Howman said.

“WADA will of course require more detailed information on these allegations from those concerned so that we can determine if this is a matter for us to investigate or for the IAAF Ethics Commission as part of its own inquiries.

“The allegations we have heard this week also illustrate the importance of having a robust, independent National Anti-Doping Organisation fully functional in Kenya at the earliest opportunity.

"This is a vital step for a country of Kenya’s sporting stature to take if it is to effectively protect clean athletes.".

Officials from Athletics Kenya have often been accused of corruption and wrongdoing but little evidence has ever emerged.

"There is obviously the reluctance on the part of the athletes to come forward," Sharad Rao, who is leading the IAAF investigation, added.

"They don't want to stand out."

Richard Pound, who led the World Anti-Doping Agency Independent Commission, which published reports confirming allegations of state-supported doping within Russian athletics, had claimed it is "pretty clear" there was a problem with performance-enhancing drugs in Kenya.

He also suggested it should be a "major concern" for the authorities as they aim to clean up problems within athletics.