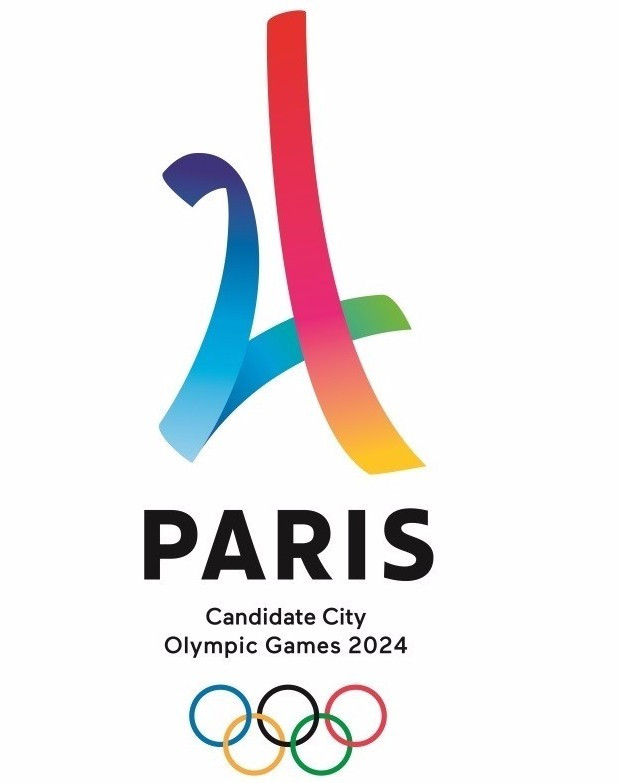 Paris 2024 revealed their official logo for their Olympic and Paralympic Games bid here tonight, with the design claimed to be a modern interpretation of the French capital’s most iconic symbol, the Eiffel Tower.

Unveiled at 20:24 Central European Time, the logo was projected onto another of the city’s most famous landmarks, Arc de Triomphe, in front of a crowd of spectators.

Speaking at the launch co-chairman of the Paris 2024 bid Bernard Lapasset stressed that the design reflected upon the city’s history, as well as its dynamism and ambition.

“The new visual identity of the Paris 2024 campaign reflects the values and ambitions of our bid,” Lapasset, who is also chairman of World Rugby, said.

“We believe this logo captures the essence of Paris as a forward-thinking, modern capital city that is also proud to celebrate its rich culture and heritage.

“As we progress in our campaign to host the Games in 2024, it is wonderful to be here in the heart of the city with thousands of Parisians and people from all over to world to see our bid logo displayed on an iconic global landmark.”

Paris 2024 believe the number 24, which is used to depict the Eiffel Tower, celebrates the centennial anniversary of when the city last staged the Games in 1924.

Additionally it was claimed that the modern illustration of the landmark also highlighted their focus on the future.

Paris 2024 hope that people from across France and the world will engage with their bid by creating their own digital interpretations of the design, which can then be shared on Facebook.

“The new bid logo showcases the beauty and elegance of Paris whilst also highlighting the city’s status as a modern, dynamic and cosmopolitan global hub – a creative and inspiring centre that is constantly evolving and reinventing itself,” said. Hidalgo

“Our Paris 2024 identity reflects that we are a city and nation on the move, a place that offers the world a warm welcome and a destination that can create a wonderful Olympic celebration in 2024.”

The logo was produced by Paris-based independent design agency Dragon Rouge with the company having successfully won a tender procedure.

The emblem will be at the centre of Paris 2024’s campaign to bring the Summer Olympics Games back to the country for the first time since 1924.

It was also announced that the logo will be displayed on flags and street dressing across the city from tomorrow, including down the Champs Elysees.

Earlier today, Paris 2024 also revealed that four further companies had signed up to become sponsors of their bid, giving their budget around an €8 million (£6.2 million/$9 million) boost.

Rome, one of Paris’ rivals for the Olympics and Paralympics, had revealed their logo live on television in December with the design focusing on the city’s famous Colosseum in the colours of the country's flag - red, white and green.

Budapest and Los Angeles are also in the running for the Games, with the candidates currently preparing to finalise and hand in the first part of their Candidature File to the IOC, which must be done by February 17.

The IOC is set to announce a winner at its Session in Peru's capital Lima in 2017.