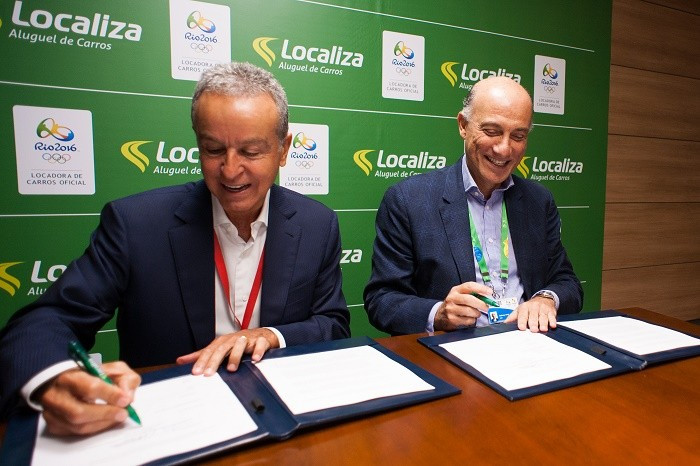 Car rental company Localiza is to supply vehicles for the Rio 2016 Olympic and Paralympic Torch Relay, it has been announced.

The South American firm, founded in 1973 in Belo Horizonte, will provide a fleet of around 165 cars for use throughout the Olympic Torch Relay.

The Olymic Torch is set to be handed over to Brazilian officials on April 27, one week after its lighting in Ancient Olympia, before beginning a 95-day journey criss-crossing around Brazil on May 3.

As is traditional, the Torch will be lit in a special ceremony at the historic home of the Ancient Games in the Temple of Hera in the Greek town.

After a week travelling around Greece, it is due to be handed over to Rio 2016 organisers with a special ceremony at the Panathenaic Stadium in Athens, the arena used at the first Modern Olympic Games in 1896.

It will then travel straight to Brazil before officially beginning its journey in the capital Brasilia before the Olympic Cauldron is lit at the Opening Ceremony of the Games in the Maracanã Stadium, on August 5.

A total of 12,000 bearers are set to participate in a journey visiting 83 cities including the 26 state capitals.

It is estimated that the Torch's journey will embrace 90 per cent of the population, with the full itinerary expected to be unveiled in January.

The Paralympic Torch Relay is set to take place between September 1 and 7 ahead of the Games.

São Paulo set to be the first of five cities to welcome the event on September 1.

The Relay will then head to Joinville in the south, Natal in the north-east and Belém in the north before visiting Brasília on September 5.

Rio 2016 state the decision to pass through the cities, one per day, will allow each of the five regions of Brazil to be represented, with a regional flame set to be lit at every venue.

Localiza's fleet will comprise a range of Nissan models, including March, Sentra, Versa and Frontier.

Nissan is a Top Tier partner of Rio 2016 and will remain the sole supplier of cars to the event itself.