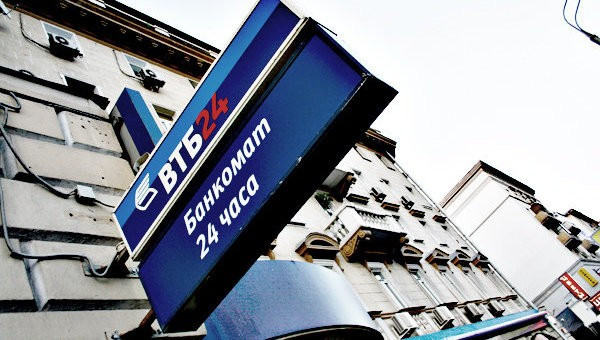 Russia's leading bank VTB has claimed that it is planning to sue the officials at the World Anti-Doping Agency (WADA) behind its report into corruption in athletics after its relationship with the international governing body was questioned in a report published last week.

According to the report published by the WADA Independent Commission, a $25 million (£17 million/€23 million)  payment from VTB Bank was made in 2012 following a meeting between officials including Papa Massata Diack, the son of former International Association of Athletics Federations (IAAF) President Lamine, All-Russia Athletic Federation (ARAF) President Valentin Balaknichev and an unnamed Russian television advisor.

The sponsorship deal was reportedly because Lamine Diack was unhappy that Russian television had paid only $6 million (£5.5 million/€4 million) to screen the 2013 IAAF World Championships in Moscow.

There are also suspicions that the money was used to help cover up positive doping cases involving Russian athletes.

Andrey Kostin, the head of the Bank, told Rossiya-24 television channel today that he planned to launch legal action against 10 WADA officials, including the Independent Commission's chairman Richard Pound, a Canadian lawyer.

"I have decided that I cannot tolerate this anymore, although I am accustomed to many things in my life," Kostin said.

"I have issued relevant orders to my lawyers.

"We are preparing lawsuits at the moment.

"We will be filing lawsuits against all 10 ‘passengers,’ who signed their names under the reports of the [WADA Independent] Commission.

"We will see them in court.

"At the moment we are trying to decide on the jurisdiction for the lawsuits as there are nationals from Canada, the United States and Europe.

"We will make them feel nervous and go to courts to show responsibility for their words.

"Because it is simply not good tarnishing the image of Russia and of Russian companies just for nothing."

Besides Pound, the two other members of the Independent Commission were Richard McLaren, another Canadian lawyer and barrister, and Günter Younger, a German who is head of department cybercrime with Bavarian Landeskriminalamt, the state criminal police office.

He was assisted by a team which included David Tinsley, Martin Dubbey, Brian Talay, Nick Connon, Greg Kitsell and Gabriella Re.

"We believe that their statements inflicted damage on the reputation of the bank."

The IAAF's accounts are currently being investigated by professional services company Deloitte in conjunction with leading legal firm Freshfields.

That was later extended to cover the 2013 IAAF World Championships in the Russian capital.

VTB announced last November, however, shortly after the publication of the first WADA Independent Commission report that led to the suspension of Russia by the IAAF, that they were not extending the contract.

"This has nothing to do with the doping scandal in any way," Titov said at the time.